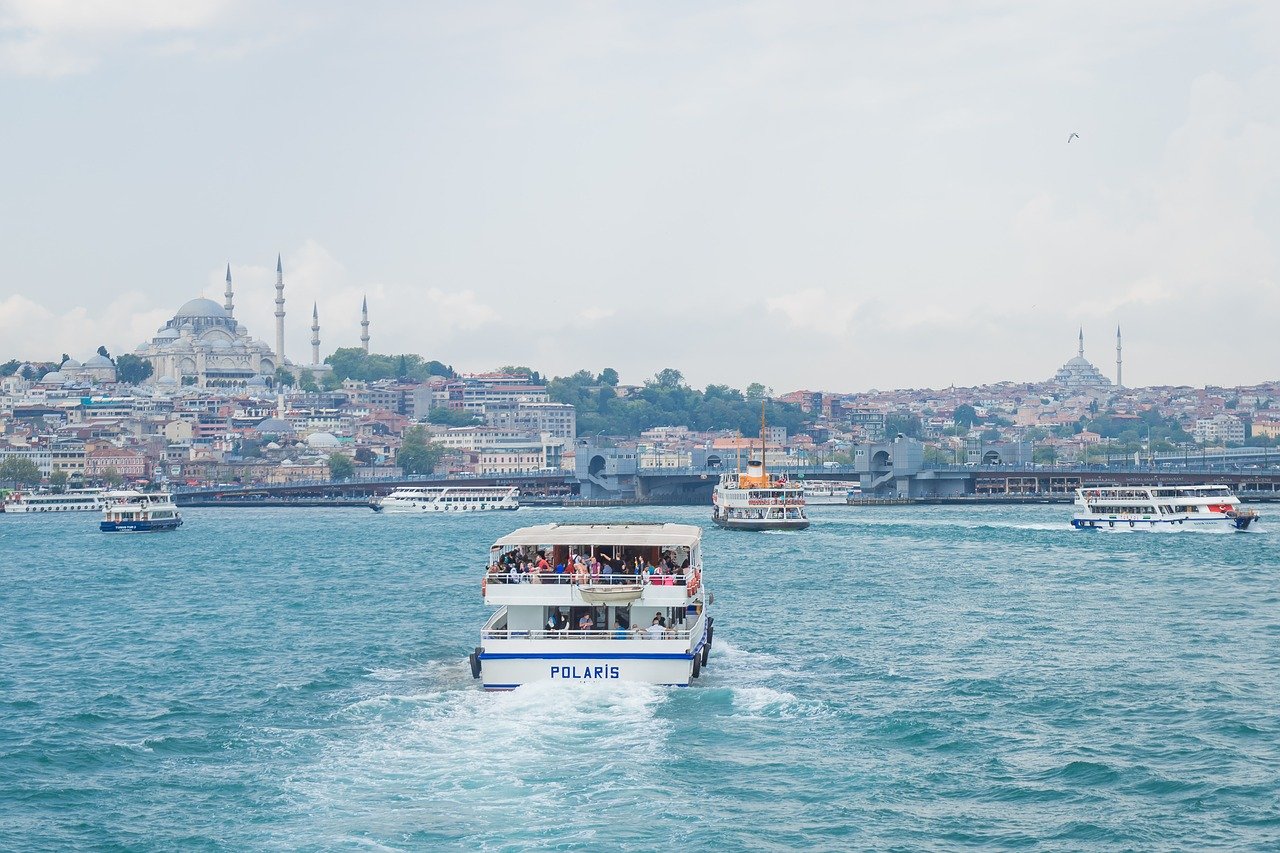 With about 10 million tourists, Istanbul is one of the most popular tourist destinations in Europe. Situated on the border between two continents, the Turkish city is attracting tourism from across the globe. With tourism as a major source of economic income, the Turkish government wants to massively grow the industry over the next years. Istanbul has become a major tourism magnet. The city either serves as a destination by itself or it is the starting point for a longer stay elsewhere in Turkey. A downside of the growing popularity is that the city is becoming more and more crowded.

Istanbul sees tourists arriving throughout the year but most of its tourists will visit between April and September. The only truly low season is winter. In this blog we give you a month by month run down of the best time to travel to Istanbul in 2020. To do so, we combine our crowd predictions with weather forecasts and climate models.

Is January a good month to travel to Istanbul?

January is not a great month for a vacation to Istanbul as it can get cold and wet. Although unknown to most of the public, it can actually get so cold. During the month of January, in Istanbul the average temperature drops to 6 degrees Celsius (43 Fahrenheit) with only 3 hours of sunshine each day. January is also a relatively wet month in Istanbul with an average of 14 days of rain with 100 mm of rainfall. If you can stand these cold and wet weather conditions, January might actually be a good month to visit Istanbul as crowds will be at the lowest point of the year. That means that you can benefit from low airfares and cheap hotel rooms.

Traveling to Istanbul in February

February brings very similar conditions to Istanbul as during the first month of the year. There will also not be lots of tourists, but the weather conditions can be summarized in two words: cold and wet. With an average temperature of 5.5 degrees Celsius (42 Fahrenheit) in Istanbul it is actually a tiny bit colder in February than it is in January. It is however slightly drier with 12 rainfall days and a total of 70 mm of rain. Similar to January, if you can stand the cold and don’t mind the occasional rain shower, February might not be so bad for a visit to Istanbul. During the second month of the year, crowds in Istanbul will be low as the tourist season is at the lowest point of the year. If you decide to go to Istanbul in February you can enjoy cheaper hotel rates, lower airfares and no or limited lines at the city’s main tourist attractions.

March is an ‘OK’ month to visit Istanbul

March is an ‘OK’ month to visit Istanbul. With ‘OK’ we mean that it is not the ideal month to visit the city but is also definitely not a month to avoid. March brings much drier weather to Istanbul than the winter months but the average temperature remains relatively low. With about 5 hours of sunshine each day and only 50 mm of rain, the weather has become much more pleasant. The average temperature is slowly rising and is now about 11 degrees Celsius (52 Fahrenheit). In March, more tourists will start to find their way to Istanbul but it remains relatively quiet.

April also brings the first larger tourist crowds to Istanbul. It is good to keep an eye on public holidays and school holidays across the European continent. To understand when it is busy in Turkey in April 2020 it is best to look at the biggest European holiday: Easter (big holiday in Europe not necessarily Turkey). Easter takes place in the weekend of April 12, 2020. Most schools throughout Europe will either close their doors for some days or even a full week. These school closures enable families to travel and with relatively cheap airfares to Turkey, expect larger crowds. Outside Easter, April is a relatively quiet month in Istanbul.

May is arguably one of the best month to visit Istanbul in 2020. Although school vacations across Europe can make some destinations in the country quite busy, the second half of the month is relatively quiet. Meanwhile, the weather in both Istanbul as well as the coastal areas has become very pleasant.

In Istanbul the average temperature has now risen to an average of 16 degrees Celsius (61 Fahrenheit). Having said that, temperatures of over 20 degrees (68 Fahrenheit) are not uncommon while rain has actually turned into something uncommon in Istanbul. In May, it only rains on an average of 9 days with just 40 mm of precipitation. The sun shines most of the day and the last part of the month is absolutely amazing. Good to know is that Istanbul can get busy in May. Especially the beginning of the month can get crowded. It will get most crowded during weekends as the city is a popular destination for weekend trips.

In June, things start to heat up in Istanbul

June is the last month before the crazy starts, but although the busiest time of the year is still ahead, it can already get (very) crowded. There is little need to describe Turkish weather conditions in June. The weather will be absolutely amazing with an average temperature of 21.5 degrees Celsius in Istanbul (71 Fahrenheit). Days with even higher temperatures are not uncommon while rain is something very abnormal in June.

Speaking of tourist crowds, June is a bit of a weird month in Istanbul. Although the tourist season is clearly picking up in the country, the biggest crowds have not yet landed in Istanbul’s streets. Most schools will still be in session and the larger European countries are still weeks away from their summer breaks. Having said that, hotel prices and airfares are already getting more expensive in June. All in all, we believe June is the last month of the year where you can go on a good Turkish vacation without the massive summer crowds.

July is peak season in Istanbul

Peak season across Europe, including Istanbul, starts early July and lasts until the end of August. Although the beginning of July might not be too crowded, crowds will get massive towards the end of the month. Most schools will now close down for the summer break and Turkey is one of Europe’s most popular destinations for summer holidays. With a peak in crowds expect prices to peak as well. If you travel to Turkey in July, we recommend that you plan ahead!

Weather conditions in July in Turkey are great although too hot for some. The average temperature in Istanbul has now risen to 23.5 degrees Celsius (74 Fahrenheit). Rain in July is also uncommon in Istanbul.

August in Istanbul is peak season

Istanbul’s peak season continues in August. August is probably the busiest month of the year in Turkey. Istanbul can get extremely crowded in August. Especially the beginning of the month is very busy. If you decide to travel to Istanbul in August, we recommend all tourists to plan their vacation carefully. If you plan to visit well known tourist sites it is best to book ahead.

Turkish weather in August is similar to the weather in July. It will be hot and dry. The average temperature remains unchanged at 23.5 degrees Celsius (74 Fahrenheit). It will also be very dry in August in Turkey with almost no rain at all.

Is September a good month to visit Istanbul?

With peak season behind us, we genuinely love traveling throughout Europe in September. Istanbul is no exception. Although more and more people now also travel in September, it remains a relatively quiet month to travel while the weather is still very pleasant. Climate change also seems to have an extending effect on summer. Great weather now seems to be extending into October. Having said that, the beginning of September can nowadays be very crowded as peak season is shifting with the improving weather conditions.

As said before, Istanbul is no exception and September is a fantastic month to travel. Average temperatures have slightly come down making the weather arguably even more comfortable than the hot summer months. Meanwhile, rain remains very unlikely in most of the country. In Istanbul the average temperature is 20.5 degrees Celsius (69 Fahrenheit) with sunshine on 9 hours per day.

October in Istanbul is ‘OK’

Overall October is not so crowded in Turkey while the weather remains great in the coastal areas. Travelling to Istanbul in October is a bit of a gamble. The weather is getting colder and wetter quickly. The average temperature in Istanbul will drop to 15.5 degrees Celsius (60 Fahrenheit) and especially the second part of the month can be cold. Meanwhile, crowds can slightly pick up again during the Autumn school holidays in countries such as Germany or the Netherlands.

November marks the start of the absolute low season in Turkey. Rain will have returned to the country known to most of us for sunshine and warm temperatures. The average temperature in Istanbul in November is about 11.5 degrees Celsius (53 Fahrenheit) with slightly less rain than the coastal areas. Global warming is making November warmer than ever before and you might be lucky if you decide to go anyway.

If you do decide to go to Istanbul in November you will travel in a period without tourist crowds. November is one of the slowest travel months in Europe and Turkey is no exception. If you are lucky with the weather, your November experience in Turkey might just be perfect with no crowds and great travel deals.

Turkey is not a typical Christmas tourist destination and remains quiet throughout the month. Turkish December weather also is not great with very limited sunshine and lots of rain. In Istanbul it can get colder than some other parts of the country with an average temperature of 8 degrees Celsius (46 Fahrenheit). December is a relatively quiet month in Istanbul and only if you plan to be inside a lot, will be it be a good month to travel.