Discover some of Zakynthos’ top attractions and loveliest scenery in just half a day on this small-group tour, including turtle spotting!
Click Here

Take a small-group tour by boat and minivan to Navagio Beach and the Blue Caves. Admire stunning views of the famous Navagio beach from the cliff and take panoramic pictures.
Click Here
Best Rated

Check our handpicked overview of the best travel books for Greece.
Click Here

Welcome to our crowd predictor for Zakynthos! If you’re considering a trip to this beautiful island in the Ionian Sea, you might be wondering how busy it will be during your visit. Whether you’re planning a beach vacation, a cultural getaway, or something in between, it’s important to know what to expect when it comes to crowd levels.

To help you plan your trip and make the most of your time on Zakynthos, we’ve put together a comprehensive overview of the factors that can affect crowd levels on the island. By considering factors such as cruise ship traffic, hotel occupancy rates, weather, and special events, you can get a good idea of how crowded the island is likely to be during your visit. Whether you’re looking for a lively, energetic vacation or a more peaceful, relaxed getaway, Zakynthos has something for everyone.

So if you’re wondering how busy Zakynthos is likely to be during your visit, read on for more information and tips on how to plan the perfect trip.

The best time to visit Zakynthos depends on your personal preferences and what you hope to get out of your trip. Here are a few things to consider when deciding when to go:

Ultimately, the best time to visit Zakynthos is a matter of personal preference. If you’re flexible with your travel dates, it can be helpful to do some research and compare prices and weather conditions to find the best time for your trip.

Zakynthos' weather throughout the year

Zakynthos has a Mediterranean climate, which means it experiences hot, dry summers and mild, wet winters. Here’s a brief overview of the weather you can expect on the island throughout the year:

Spring (April-May): The weather in Zakynthos during the spring months is typically mild, with average high temperatures in the mid-70s (Fahrenheit). The island starts to warm up as the season progresses, with temperatures gradually increasing throughout the spring. Rain is still possible during this time of year, but it is less frequent than in the winter months.

Summer (June-August): The summer months in Zakynthos are hot and dry, with average high temperatures in the mid-80s (Fahrenheit). The island experiences very little rainfall during this time of year, and the weather is typically sunny and dry.

Fall (September-October): The fall season in Zakynthos is similar to the spring, with mild temperatures and occasional rainfall. Average high temperatures in the fall range from the mid-70s to the low-80s (Fahrenheit).

Winter (November-March): The winter months in Zakynthos are cooler and wetter, with average high temperatures in the mid-60s (Fahrenheit). The island experiences more rainfall during this time of year, but it is still generally sunny and pleasant.

Overall, the weather in Zakynthos is quite pleasant throughout the year, with hot summers, mild springs and falls, and cooler winters. 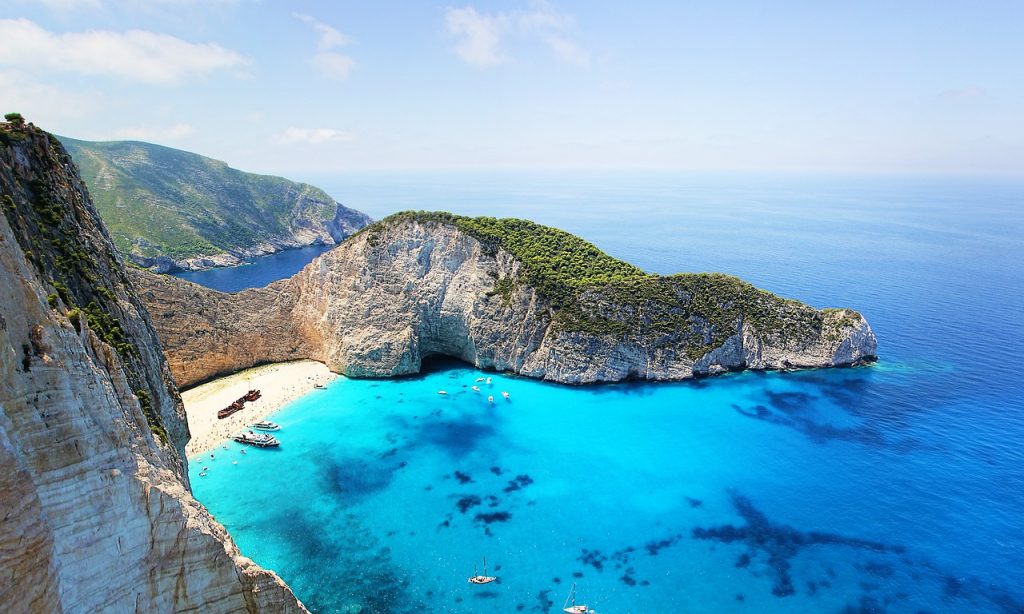 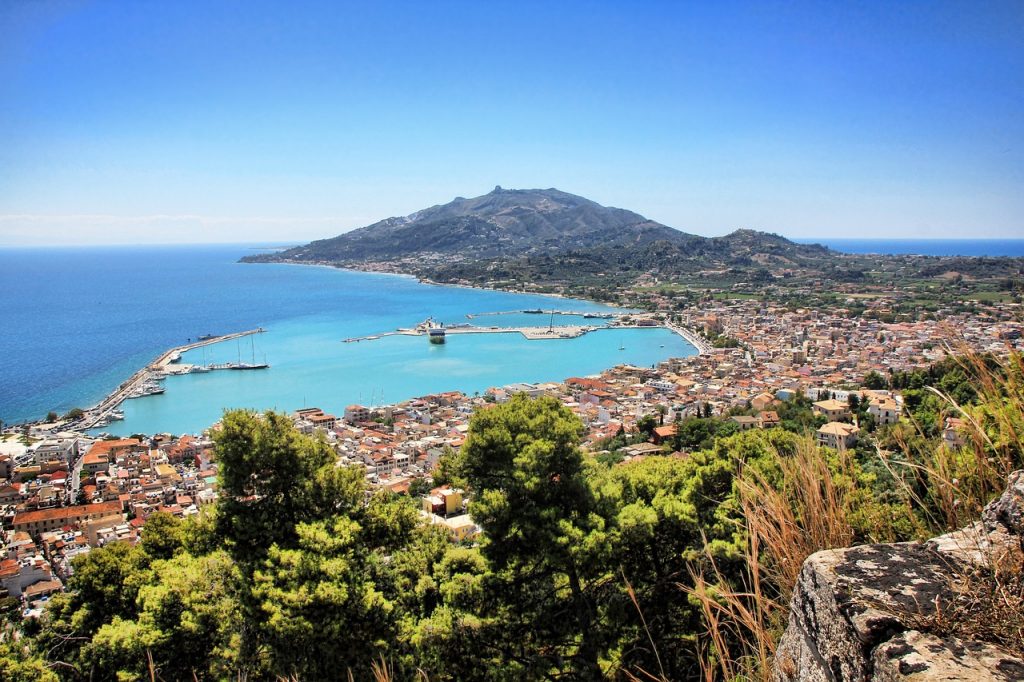 Welcome to our month-by-month guide to Zakynthos! If you’re planning a trip to this beautiful island in the Ionian Sea, you might be wondering what to expect during your visit. To help you get a sense of the crowd levels, weather, hotel prices, and things to do on Zakynthos throughout the year, we’ve put together a comprehensive table that provides a month-by-month overview of the island.

Whether you’re looking for a lively, energetic vacation or a more peaceful, relaxed getaway, Zakynthos has something for everyone. From the island’s stunning beaches and ancient ruins to its delicious cuisine and rich cultural heritage, there’s always something to explore and enjoy on Zakynthos. So if you’re wondering what to expect during your trip, read on for more information and tips on how to plan the perfect vacation.

We hope our month-by-month guide to Zakynthos has been helpful in planning your trip to the island. Whether you’re looking for a beach vacation, a cultural getaway, or something in between, Zakynthos has something for everyone. With its beautiful beaches, rich history, delicious cuisine, and diverse range of activities, Zakynthos is a truly unique and special destination. So no matter when you visit, you’re sure to have a memorable and enjoyable trip on this beautiful island in the Ionian Sea.

Things to do in Zakynthos

Zakynthos, also known as Zante, is a beautiful island in the Ionian Sea that offers something for everyone. Whether you’re interested in history, culture, relaxation, or adventure, there’s always something to do on the island. Here are a few top things to check out during your visit:

Overall, Zakynthos is a beautiful and diverse island that offers something for everyone. Whether you’re looking to relax on the beach, explore the island’s ancient history, or try some of its delicious wine, Zakynthos has something for you.