Cruise passengers in (nearby) ports: N/A

See the sights of Budapest from the River Danube on a 1-hour sightseeing cruise, and enjoy a seasonal cocktail or soft drink along the way. Glide past landmark monuments such as Buda Castle and the Vigado Concert Hall.
Click Here
8,000+ Reviews

Relax at Széchenyi, the most famous spa in Budapest, and enjoy an optional free interactive pálinka spirits-tasting tour where you will discover more of the history and culture of Hungary.
Click Here
Sells Out

We handpicked the best travel books for your journey in Hungary.
Read more

Welcome to our crowd prediction tool for Budapest! If you’re considering a trip to this beautiful city in Hungary, you might be wondering how busy it will be during your visit. Whether you’re planning a cultural vacation, a romantic getaway, or something in between, it’s important to know what to expect when it comes to crowd levels.

To help you plan your trip and make the most of your time in Budapest, we’ve put together a comprehensive overview of the factors that can affect crowd levels in the city. By considering factors such as hotel occupancy rates, weather, and special events, you can get a good idea of how crowded the city is likely to be during your visit. In addition, you can also take into account the popularity of river cruises, which can bring a large number of tourists to the city during certain times of year.

So if you’re wondering how busy Budapest is likely to be during your visit, read on for more information and tips on how to plan the perfect trip.

The best time to visit Budapest depends on your personal preferences and what you hope to get out of your trip. Here are a few things to consider when deciding when to go:

Ultimately, the best time to visit Budapest is a matter of personal preference. If you’re flexible with your travel dates, it can be helpful to do some research and compare prices and weather conditions to find the best time for your trip

Budapest Weather through the year

Budapest has a continental climate, which means it experiences hot summers and cold winters. Here’s a brief overview of the weather you can expect in the city throughout the year:

Spring (April-May): The weather in Budapest during the spring months is typically mild, with average high temperatures in the mid-60s (Fahrenheit). The city starts to warm up as the season progresses, with temperatures gradually increasing throughout the spring. Rain is still possible during this time of year, but it is less frequent than in the winter months.

Summer (June-August): The summer months in Budapest are hot and dry, with average high temperatures in the mid-70s (Fahrenheit). The city experiences very little rainfall during this time of year, and the weather is typically sunny and dry.

Fall (September-October): The fall season in Budapest is similar to the spring, with mild temperatures and occasional rainfall. Average high temperatures in the fall range from the mid-60s to the low-70s (Fahrenheit).

Winter (November-March): The winter months in Budapest are cold and wet, with average high temperatures in the mid-40s (Fahrenheit). The city experiences more rainfall during this time of year, and temperatures can drop below freezing.

Overall, the weather in Budapest is quite varied throughout the year, with hot summers, mild springs and falls, and cold winters 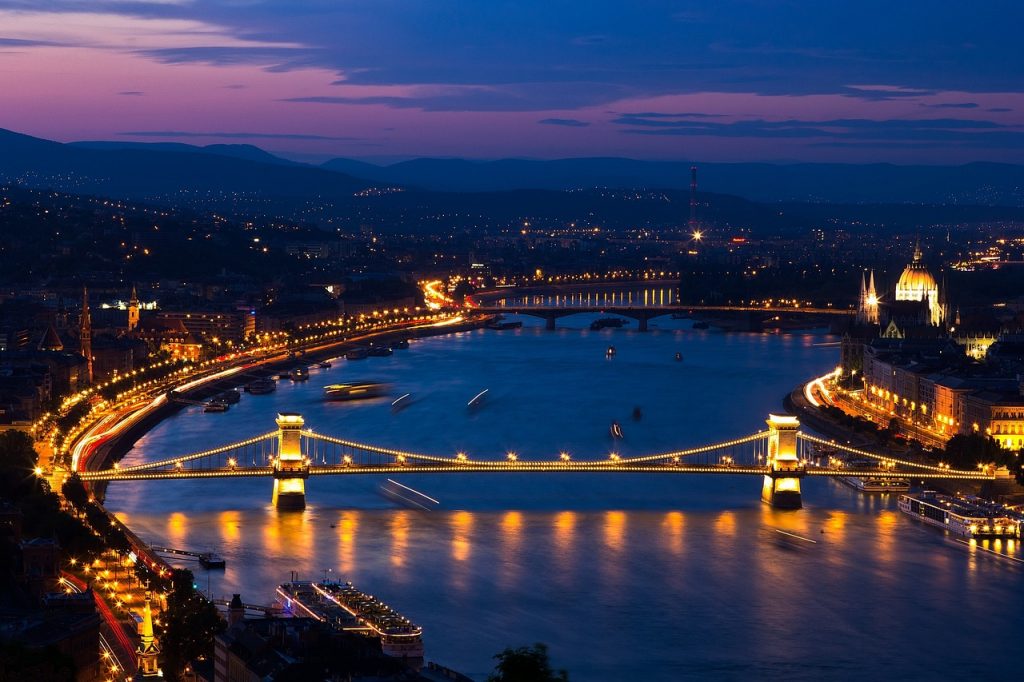 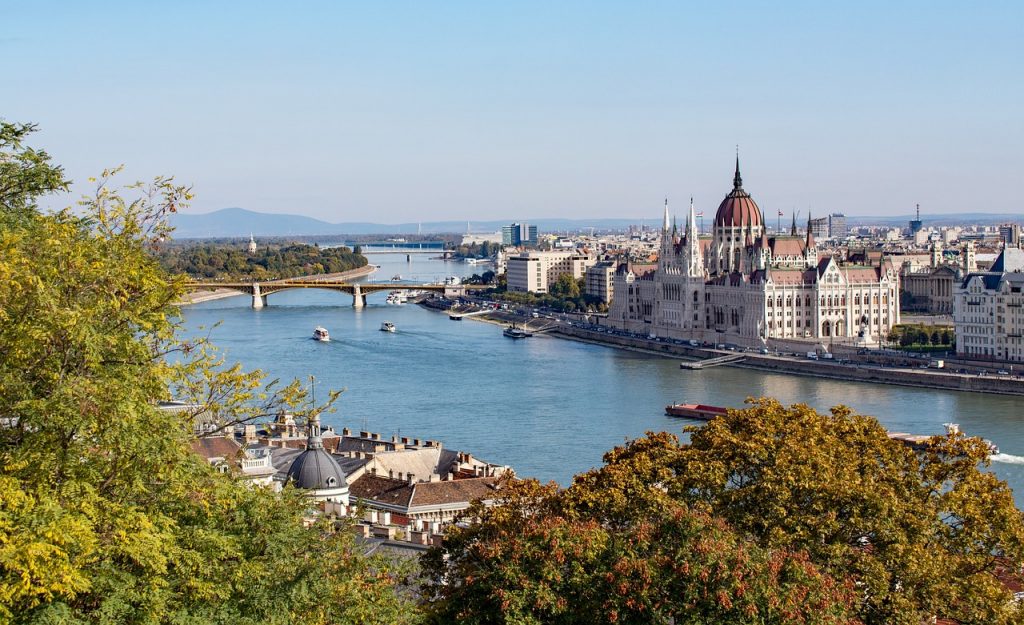 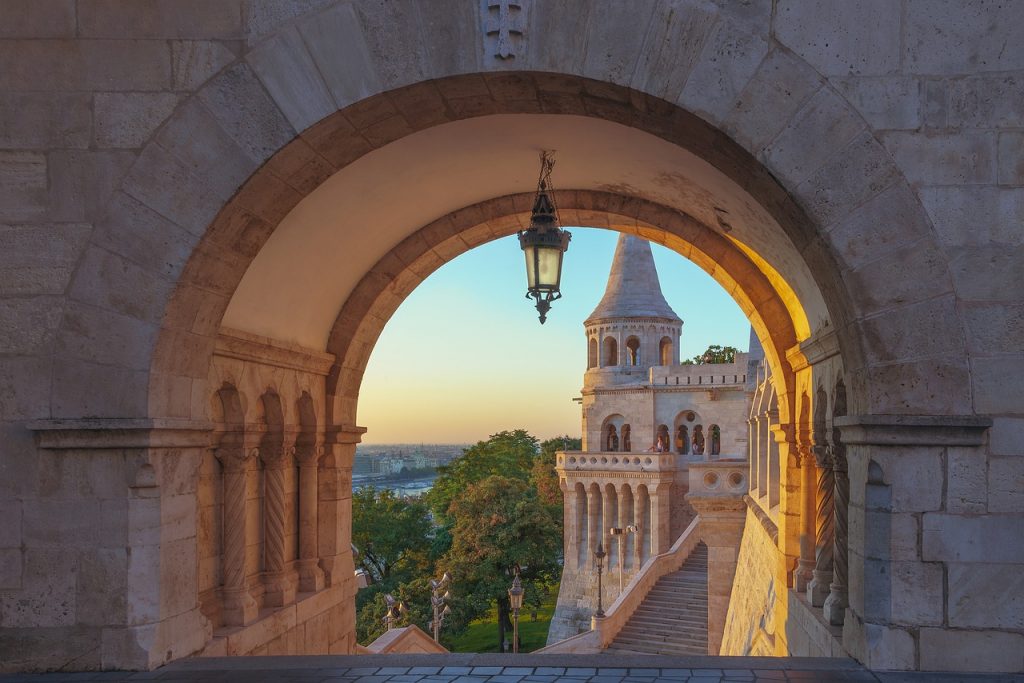 Welcome to our month-by-month guide to Budapest! If you’re planning a trip to this beautiful city in Hungary, you might be wondering what to expect during your visit. To help you get a sense of the crowd levels, weather, hotel prices, and things to do in Budapest throughout the year, we’ve put together a comprehensive table that provides a month-by-month overview of the city.

Whether you’re looking for a lively, energetic vacation or a more peaceful, relaxed getaway, Budapest has something for everyone. From the city’s stunning architecture and rich cultural heritage to its delicious cuisine and vibrant nightlife, there’s always something to explore and enjoy in Budapest. So if you’re wondering what to expect during your trip, read on for more information and tips on how to plan the perfect vacation.

We hope our month-by-month guide to Budapest has been helpful in planning your trip to the city. Whether you’re looking for a cultural vacation, a romantic getaway, or something in between, Budapest has something for everyone. With its beautiful architecture, rich history, delicious cuisine, and diverse range of activities, Budapest is a truly unique and special destination. So no matter when you visit, you’re sure to have a memorable and enjoyable trip to this beautiful city in Hungary.

Budapest's Best Things to Do

Budapest is a city with a rich history, beautiful architecture, and a vibrant culture. Here are a few of the best things to do during your visit:

Overall, Budapest is a city with something for everyone, from culture and history buffs to foodies and nightlife enthusiasts.