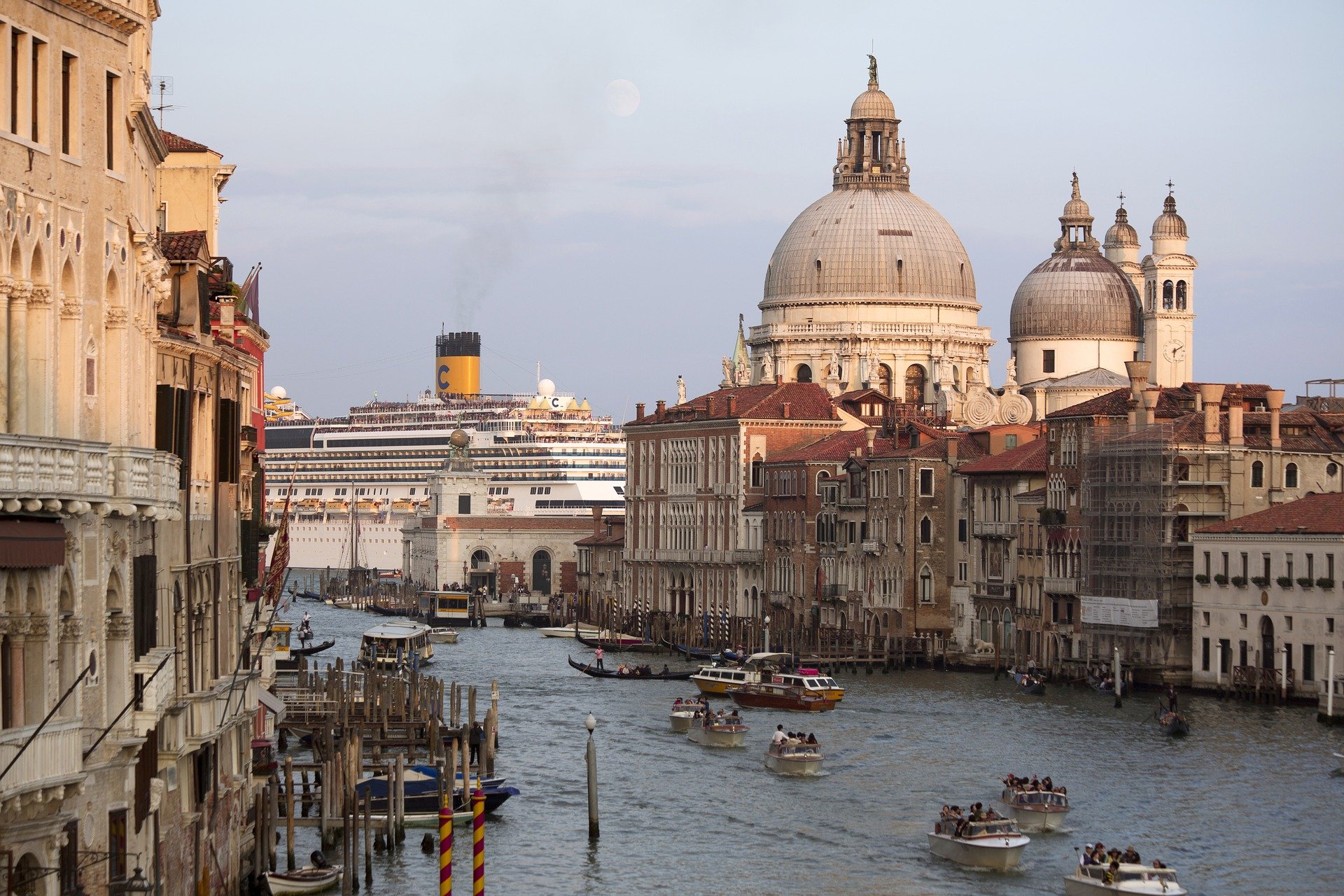 Venice is one of the most crowded tourist destinations of Europe. If you don’t like big crowds, it is best to avoid the Italian beauty from June to August.

The great Mediterranean climate makes Venice a good destination throughout most of the year. Only during winter, Venice can become cold and wet. If the possibility of bad weather doesn’t bother you, the end of autumn or winter is the quietest time. In November you will find relatively quiet streets, great hotel prices and little selfie taking fellow tourists to ruin your beautiful photo composition. If you still want to enjoy great weather and are OK with some crowds, the shoulder season is the best time to visit. There are two shoulder seasons: from March to May and from September to early October. We believe this is the best time to visit Venice.

The year starts with a public holiday on January 1. Many countries, including Italy, will have school vacations (Christmas break) during the first week of the month. Therefore, some crowds should be expected during the first week of January. Immediately after the Christmas break, Venice’s true low season starts. There will always be tourists in Venice but most likely the best bargains, the smallest lines and the best photos can be taken in January. The weather however can be cold and unpredictable.

February is still low season in Venice. Only at the end of the month is there a buildup to Carnival. At the end of February some European countries will have winter school holidays but most of these tourists stay close to home or go on winter sports. However, school vacations in Germany and France will have some impact on Venice. There is no Italian school vacation in February limiting domestic tourism. The weather remains unpredictable and can be cold and wet.

The first days of March will be busy in Venice as Carnival attracts the first large groups of tourists to the city. The weather is improving every week and some European countries will see school vacations. The first cruise passengers will also start arriving in the Italian city. In March it is good to start thinking about buying priority access to busy tourist hot spots like Doge’s Palace.

The true Venetian shoulder season starts early April. More and more tourists will arrive in the tourist magnet. During the Eastern Holiday break around 21-22 April, Venice will become very crowded for the first time in the year. The weather also improves each week and more cruise passengers and European tourists will visit the city.

May will see big fluctuations in tourism. While there are no public holidays or school vacations throughout the European continent, better weather and increased cruise ship traffic will heavily impact Venice. Especially the weekends are likely to be busy.

During the month of June, summer is heating up and travel throughout Europe starts to pick up. Every week another part of the European continent will see its children getting off from school. Venice is immediately affected by the increased number of international tourists and will be hit by the effects of domestic tourism from June 8 onwards.

Throughout June, Venice will see increasing crowds. The weekends will be extremely crowded as cruise ships dock during these days and people on city trips arrive on Friday or Saturday.

July in Venice is true peak season. The weather is great but the city will be over crowded. Cruise ships mostly come to the city during weekends. Weekends in July are arguably the worst time to visit Venice. In the peak season it is essential to book tickets in advance. For example by booking a fast track tour of St. Mark’s Basilica and Doge’s Palace.

August is the busiest month of the year in Venice. The beginning of the month will see the massive impact of international summer tourism. Also domestic tourism will increase the number of visitors during the entire month. At the end of the month the Venice Film Festival will take place. Venice gets extra crowded during weekends due to cruise ship passengers. In August your best option might be leaving the crowded streets of Venice for a boat tour.

In September, Venice gets less crowded every week. Although the month starts busy with lots of visitors during the Venice Film Festival, there will be much less visitors by the end of September. The weather remains attractive and less cruise ships enter into the city’s waters. The second part of September is one of the best times of the year to visit Venice: the weather is still good but the biggest crowds have returned home.

Although October weather in Venice can take a negative turn, less visitors will turn to the city. European travel has calmed down after a busy summer and cruise ships are relocating to the Caribbean. The end of the month could see medium to large crowds due to the autumn break in many European countries but there is no considerable domestic tourism. Keep an eye out for large cruise crowds during the weekend. You can check the number of cruise passengers for any day in Venice here.

November is arguably the quietest month of the year in Venice. Weather can be bad but there are no European or domestic vacations, no events and fewer cruise ships as the city prepares for winter.

Christmas in Venice will attract some crowds to its canals. However, cold weather will deter many tourists from visiting the city. The beginning of December will see little to no crowds. Cruise ships will hardly come to the city.

Crowd warning: June 9. On June 9 a large number of cruise passengers will arrive in Venice. Meanwhile domestic tourism in Italy is at its highest level and there is a local event.

wpDataChart with provided ID not found!

What is the best time to travel to Greece in 2020?