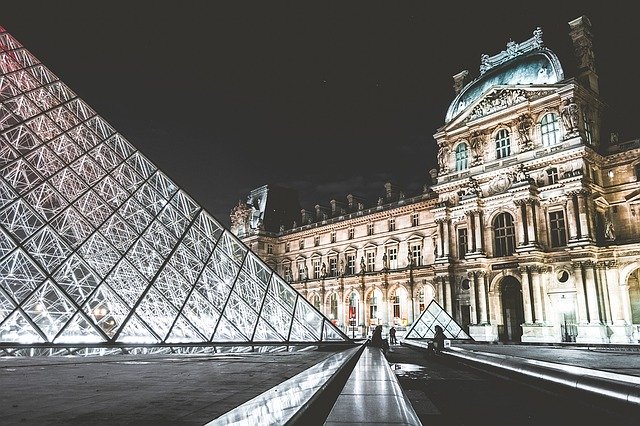 Before 2019, news about overtourism was limited to the busy summer months, but all is different this year. Overtourism was the biggest news topic in the tourism industry over the summer, except for perhaps the collapse of Thomas Cook. In November, when the tourism flows in the northern hemisphere have calmed down, we would expect the news stream about overtourism to calm down but that’s not the case this year.

Overtourism remains a hot topic in Europe and beyond. The biggest trend we are seeing now is that awareness of the issue is spreading well beyond Europe. We found multiple articles published in China that address the issue, signalling that also the fast growing tourism market ha it’s limitations. Meanwhile, many local governments are also taking measures to combat overtourism, including tickets to access a beach in Italy and a ban on new restaurants in Dubrovnik. At the same time, natural disaster struck Venice. The city, already suffering from overtourism, now has to deal with the after effects of the worst flood in over 50 years. Also this month: Dutch political party wants to ban European flights.

Multiple news outlets report that one of Europe’s most popular beaches, La Pelosa beach in Sardinia, will start charging an entry fee. Along with a visitors cap, the measure is an initiative by local authorities to battle overtourism on the immensely popular Italian beach. Proceedings will be used to maintain the beach while also cleaning up other beaches, a local tourism official told local newspaper Sassari Oggi.

New York Times: take Mona Lisa away from the Louvre

In an editorial, The New York Times argues it is time to take Mona Lisa out of the Louvre. With as much as 80 percent of visitors to the Louvre only interested in Mona Lisa, NYT’s Jason Farago argues that the painting is not located in the right place. According to Farago, ‘the Louvre is being held hostage by the Kim Kardashian of 16th-century Italian portraiture: the handsome but only moderately interesting Lisa Gherardini’.

Farago argues that the Mona Lisa should be placed in her own building fit for the massive modern day crowds. The building can have timed entry, moving walkways and corporate sponsorship. That would allow the Louvre to breathe again, while giving the masses what they want: just to see the Mona Lisa.

The city of Dubrovnik has been battling overtourism for years and introduced several measures in the past. Business Insider now reports that banning new restaurants might be the latest initiative to protect the city against tourists. In reality there will not be a ban for new restaurants. However, new legislation does not allow restaurants to add any outside chairs or tables. With only limited space available inside and now room to grow outside, the new rule effectively creates a ban on new restaurants. Existing restaurants are also not able to grow further.

Faroe Islands to close due to overtourism

The famous and remote Faroe Islands have announced to close down for one weekend to draw attention to overtourism. During the weekend of April 16 and April 17, tourists will not be allowed to access major parts of the islands. The island chain, which is part of Denmark, will only host about 100 volunteers during the weekend. The tourism board will formally state that the island is “closed for maintenance”. The news was reported across the world including Fox News.

Medium.com reports that in Seoul, tourists are warned to talk quietly in the very popular traditional villages that are situated in the country’s capital. Bukchon Hanok Village has about 7,500 residents but is visited by about 10,000 tourists each day. According to the website, tourism ‘has had an obvious impact on the life of the village residents’ and ‘throughout the village, residents have put up signs reminding visitors to be respectful and to keep the noise down’.

Fodor, the well-known travel book publisher and travel website, published a list of destinations travelers should not visit in 2020. Overtourism is the main topic as the website says locals and officials from multiple destinations are ‘begging visitors to reconsider how and when they travel’. Barcelona has been added to the list as ‘there’s literally no room for the numbers who just keep coming’. Cambodia’s Angkor Wat is on the list for similar reasons while Bali is experiencing very negative environmental effects due to overtourism. Other destinations suffering so much from overtourism that Fodor is advising tourists not to go, include Big Sur (California) and Hanoi Train Street. Fodor also advises people not to climb Matterhorn.

Attention to overtourism in China

South China Morning Post has posted multiple articles on overtourism in its English section in the last few weeks. The first article focuses on ‘heritage conservation’ in China, writing that overtourism is one of the biggest threats to the famous Dunhuang caves. A second article is fully focused on overtourism and zooms in on some (very) popular destinations across the globe.  A third article writes about Chinese tourism in North Korea.

Insider.com: 9 tourist destinations that became obsolete in the 2010s

Coconuts.co: Indonesian government will not charge USD 1,000 to visit Komodo

The National: Tourists banned from taking pictures of geisha in Japanese city

The National: The Taj Mahal has set up purifiers to help fight air pollution

What to do on a day-long layover in Dubai

When you offer The Guardian a free trip to Amsterdam