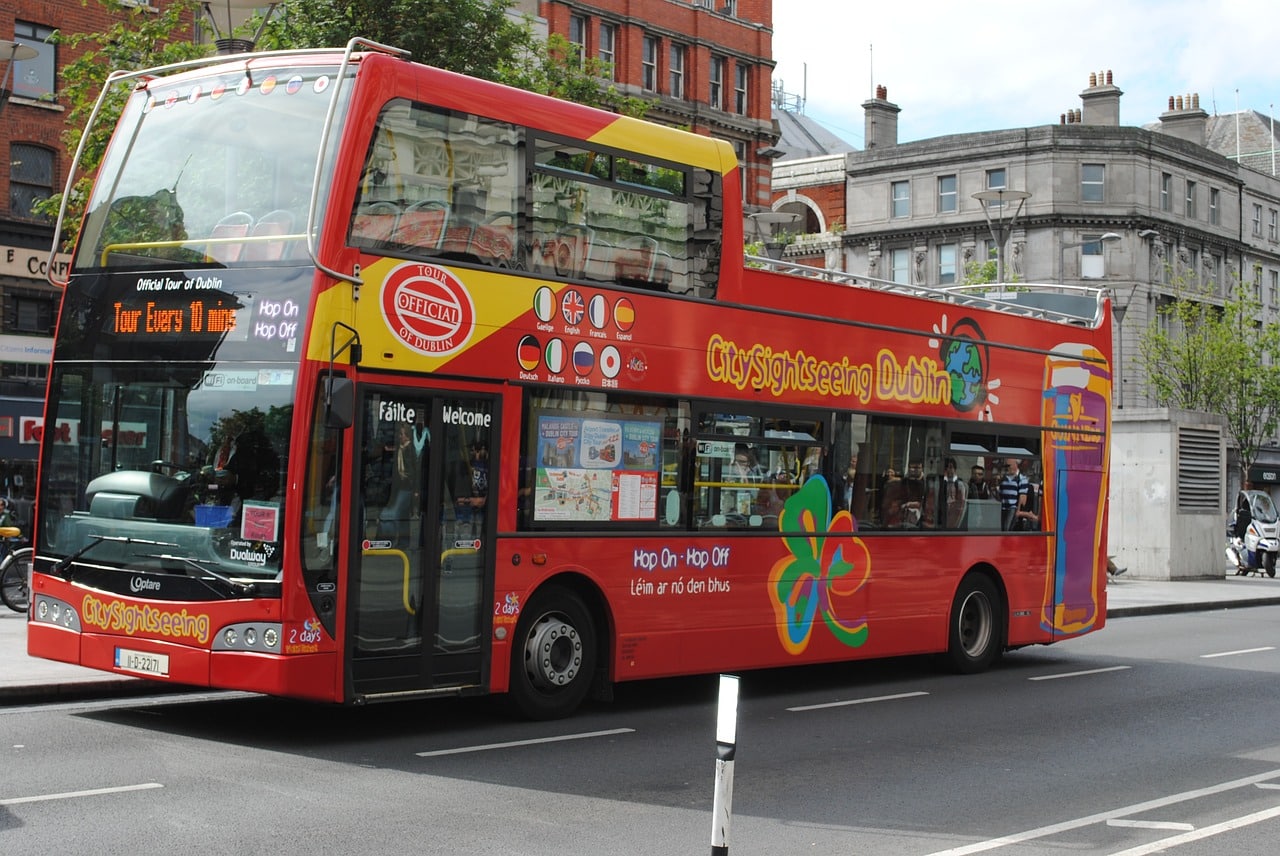 Every other week, Avoid-Crowds.com publishes a summary of the most important news stories related to overtourism. Here is our overview of news stories about overtourism from the last two weeks.

Early this month many news outlets reported that the city of Paris ‘hopes to ban tourist buses from its city center’ in the battle against overtourism. CNN reports that Paris’ deputy mayor Emmanuel Gregoire is working on a plan that limits bus traffic inside the capital because the buses would need to park at designated parking areas outside the city. According to the deputy mayor, the tourist bus ban is part of a bigger initiative to ‘mitigate overtourism in the French capital’.

In a similar article, France24.com singles out ‘hop on, hop off buses’. Other news websites also show photos of hop on, hop off buses when writing about the topic, giving the impression the measure is solely focused on those kind of buses. France24 quotes the deputy mayor: “We no longer want the total anarchy of tourist buses in Paris….Buses are no longer welcome in the very heart of the city.”

Multiple news sites, like LonelyPlanet.com, reported that the mayor of Barcelona, Ada Colau, has ‘vowed to crack down on the number of cruise ships’ in the city, whilst also ‘putting the brakes on airport extension’. The Guardian adds that, by limiting the number of cruise ships allowed to dock in Barcelona, the mayor hopes to reduce pollution as well as the number of visitors to the city. According to The Guardian, ‘dealing with what most of its citizens see as an excess of tourists is high on the Barcelona city council’s agenda’.

The newspaper adds that a survey that was conducted last year, showed that tourism was cited as one of the biggest problems the city is currently facing. Furthermore, they write that the mayor has only a limited amount of influence over the port and airport, as her authority does not include any of these ports. Authority over the airport and seaport lies with the Spanish national government in Madrid.

Only a month after the incident with the MSC Opera, another cruise incident intensified the cruise debate in Venice. On Sunday July 7, a storm struck Venice. Despite these adverse weather conditions, the Costa Deliziosa departed from Venice and found itself in hot waters shortly after. In videos that went viral early this week, you can see how the massive cruise ship seems out of control and is rapidly floating towards shore. A docked yacht nearly escapes a catastrophe as tugboats are able to keep the 294 meter long cruise ship away from Venice’s esplanade and the yacht.

Euronews writes that the incident is ‘reigniting the debate on whether or not big cruise ships should be allowed in Venice’s canals. Citizens took to social media to voice their concerns with the hashtag #NoGrandiNavi, saying that big cruise ships should no longer be allowed in Venice’s canals’. Meanwhile, Skift writes how UNESCO could have saved Venice form overtourism and why it didn’t.

Skift also writes about Amsterdam’s Van Gogh Museum. Faced with rapidly increasing numbers of visitors, the museum decided to focus on quality over quantity. Citing two of the museum executives, Skift writes how the museum ‘place[d] greater emphasis on ensuring a high-quality visit than on achieving the highest possible annual figures.’ The resulting drop in visitor numbers was considered a success. Skift continues by explaining how the museum smartly used data to predict and control visitors.

Authorities in the province of Salzburg (Austria) have taken an extraordinary measure to prevent tourist traffic jams off its main highway. All exits of the A10, or Tauernautobahn, in the province of Salzburg will be closed during peak season, Salzburg24.at reports. Only local traffic or tourists traveling to a destination associated with their highway exit will be allowed to leave the highway. Police will actively enforce the measure from July 13 onwards from 06:00 to 20:00. With the measure, Salzburg aims to stop drivers from using alternative routes when there are traffic jams on the highway. As a result, GPS systems will also not propose alternative routes to drivers.

Many different British news outlets, including The Independent, The Telegraph and The Daily Mail, are debating whether e-scooters should be welcomed into Britain or not. Focusing on issues and controversies surrounding the scooters in the United States, The Guardian explains how the e-scooter companies used an ‘arrive first, ask later’ tactic while launching the scooters in new cities. Citing the 1835 Highway Act, the newspaper explains how the use of scooters would be illegal under current legislation. The newspaper however continues by outlining different policy approaches.

The Independent publishes an opinion piece in which the e-scooters are heavily criticized and called a ‘plague that spreads like a wild fire’. Meanwhile, The Telegraph reports that e-scooter company Dott has raised 34 million USD ahead of its launch of e-scooters in the UK later this year. The Daily Mail adds an article by newswire AFP that is also negative about the arrival of e-scooters in European cities.

Also this month, The New York Times publishes an opinion piece in which technology writer Kara Swisher explains that the e-scooter scene in Paris is “a mess. But there’s no better way to get a taste of a city.”

Overtourism outside of Europe: Bali, New Orleans and Australia

News about overtourism is quickly spreading outside of Europe. In the last weeks there was news about Kelingking beach in Bali where people have to stand in line for their selfies. Also, Americans are angry over the trash left behind at Lake Tahoe by tourists after the fourth of July weekend. Whereas at the same time in Australia, crowds of tourists are flocking to climb mount Uluru before climbing becomes forbidden later this year. The ban is put in place as the rock is sacred to indigenous Australians who see climbing the rock as disrespectful due to the sacred nature of the area, News.com.au writes.

The Independent wrote that residents in New Orleans are ‘fighting back after overtourism has seen visitors numbers surge’. According to the newspaper, the city’s historic city center receives over five times the number of tourists per resident compared to Venice. As the city attracts more people that solely want to party, tourist spend is not growing at the same pace. A study conducted by the New Orleans Sustainable Tourism Task Force therefore concludes that “more tourism is not necessarily better. [..] “Better tourism is better. Governments and industry should therefore abolish the practice of setting tourism goals based only on arrivals.”