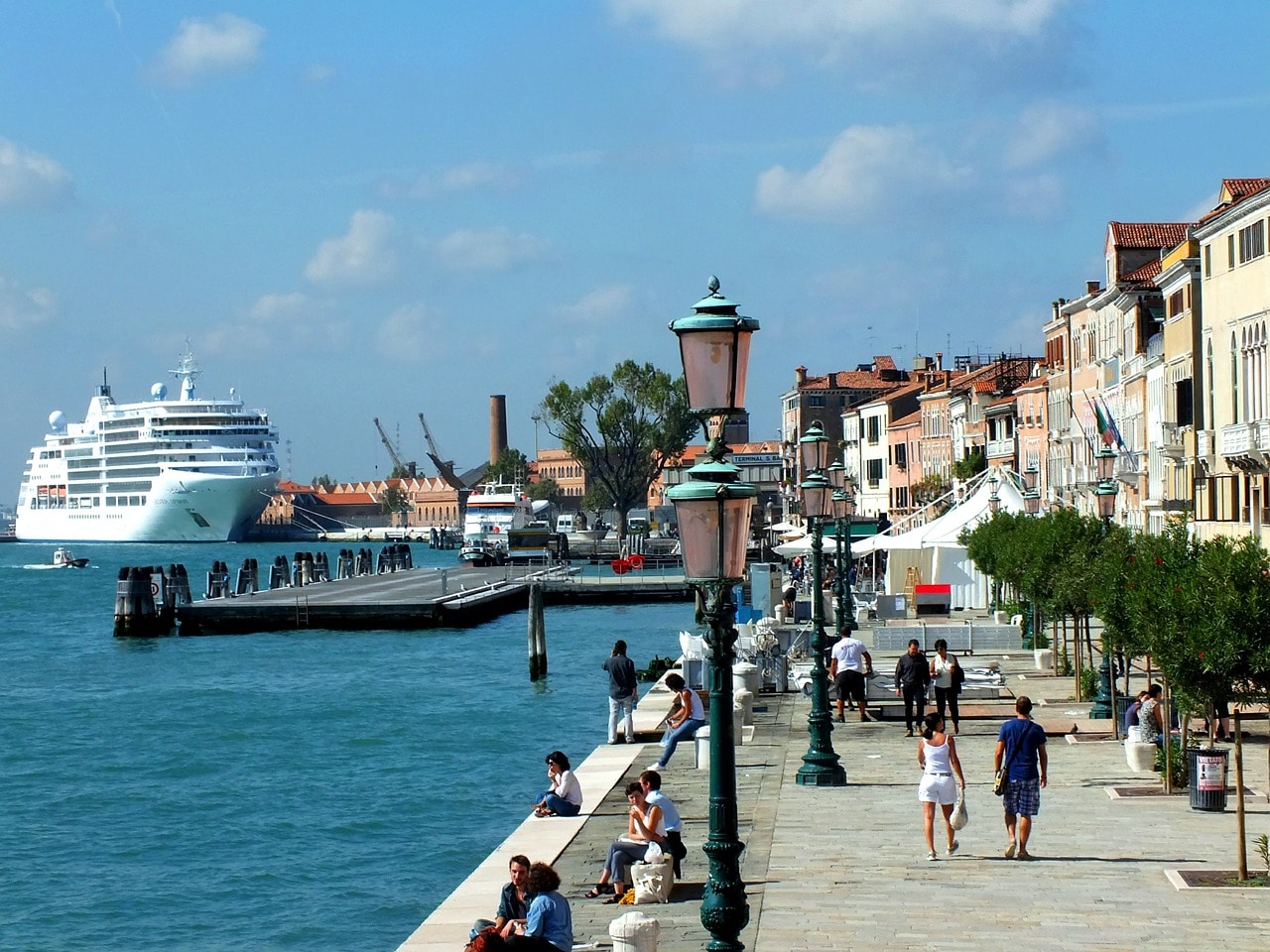 One of the first destinations that comes to mind, when we speak about overtourism, is Venice. Venice is notorious for being crowded, especially in the summer months. The consequence of Venice’s reputation is, that it is becoming a destination that people try to avoid. In order to curb the crowds, Venice is taking measures to battle mass tourism. One of the measures taken, was famously banning the largest cruise ships in the world from entering its waters. Another, more controversial, measure was the installation of turnstiles to control tourist crowds in 2018.

At Avoid-Crowds.com we are zooming in on Venice and their overtourism related problems. By looking at cruise movements, we discovered an interesting pattern. Unlike other cities, cruise ship arrivals in Venice are not evenly spread throughout the week. If we look at the schedule, most cruise ships tend to arrive in Venice during already busy weekends. Thus, Venice’s biggest problem seems to be bad planning, more than large numbers of cruise ship passengers.

According to The Telegraph, ‘Venetians have long complained that day-trippers and cruise ship passengers enjoy all that the lagoon city has to offer without making much of an economic contribution’. In an effort to make cruise passengers contribute, the city plans to charge a visitor’s tax of up to ten euros. Although the city council is claiming victory, the problem of overtourism is unlikely to be tackled. Day trippers and cruise passengers will still overcrowd the beautiful Italian city, but at least the city will financially benefit more from them.

The real ‘cruise passenger problem’ that Venice is facing, becomes clear if we look at the city’s cruise calendar. Unlike other destinations in Europe, cruise arrivals are not evenly spread throughout the week. Cruise ship arrivals peak in the weekend, when the city is already super busy. A large part of the ‘cruise problem’ in Venice seems to be a planning problem. Let us show you why.

Furthermore, the city is better equipped to absorb large numbers of cruise passengers during weekdays, rather than the weekend. Although this effect is not as big during the peak season, day trippers and city trippers are usually more likely to plan their trip during the weekend.

Not only does it make sense to spread cruise ship arrivals throughout the week, it might actually make sense to encourage weekday arrivals. One of the most common way to battle the effects of overtourism is to facilitate the dispersal of tourists across time. Recent research by UNTWO, showed that one of the most used strategies on how tourism is managed is to ‘promote time-based dispersal of visitors’. Venice might have other strategies to promote time-based dispersal, but with cruise ship arrivals this is certainly not happening.

In low season, the city can arguably handle more cruise passengers than in peak season. That makes it important for local authorities to focus on peak season. During the summer months, the importance of proper planning is bigger than low season when the city has less non cruise tourists.

If local authorities are taking time-based dispersal serious, we would expect cruise ship arrivals to be (better) spread throughout the week. Especially in the summer this kind of dispersal is key to battle overtourism. During those months authorities are expected to step up their efforts to mitigate the negative effects of overtourism. One way to do so is the afore mentioned spreading of cruise ship arrivals and avoiding peaks in arrivals.

Venice’s peak season is long but we are zooming in on the busiest months of the year: July and August. If we zoom in on these months, Venice cruise ship problem strongly deteriorates. The average number of daily cruise ship passengers increases to 7,268 from 6,400. As a result, Venice makes a jump on the list of Europe’s busiest cruise destinations: from the 9thplace to the 5thplace (arrivals calculated for these two months).

But what happens to the spread of cruise traffic to Venice is shocking. In peak season, when only looking at weekend arrivals, Venice becomes the busiest cruise port of Europe. Overtaking some of the best equipped and busiest ports of Europe, including Barcelona and Civitavecchia.

With an average of 14,453 passengers per Sunday and 12,815 on Saturday, it is easy to say that Venice has a scheduling problem. The average number of arrivals during weekdays remains stable and hardly increases from the yearly average. On weekdays in peak season, Venice only sees an average of 2,869 passengers.

The table below shows you Venice’s worst days. Most of these days are Sundays followed by some Saturdays. You can use the filters above the table to check specific dates or to look for the busiest days.

The busiest days of the year are in peak season. Probably the worst day to visit Venice is the 28th of July. Also noteworthy are the very busy days in October. For tourists expecting a low season day in Venice, a bad day in October might be a rude awakening. Our daily crowd predictor is a valuable tool to check how busy Venice can be.

Undeniably, Venice is battling with the negative effects of overtourism. The laguna is too crowded. The city is deploying several strategies to battle these effects such as turnstiles and a day trip tax. Some are successful, some aren’t. Spreading cruise arrivals through the week to mitigate the negative effect, is defiantly an opportunity the city has not used.

On the contrary, looking at our data it seems that Venice is actively trying to limit cruise ship arrivals to weekends. Either on purpose or not, the lack of dispersal has a negative effect on the experience of tourists in the city. Venice’ cruise ship arrival schedule stands in direct contrast with cities’ efforts to disperse tourist arrivals over time. Something strange is going on.

At Avoid-Crowds.com we simply look at data. We like to travel and also hopped on a cruise in the past. Although we don’t have all the answers, we do like to challenge decisions with basic facts. One of these facts is that cruise arrivals in Venice are not spread over time. This currently results in a deteriorated experience for both tourists and local residence, which is the definition of overtourism.

Busiest cruise day of the year for Amsterdam area