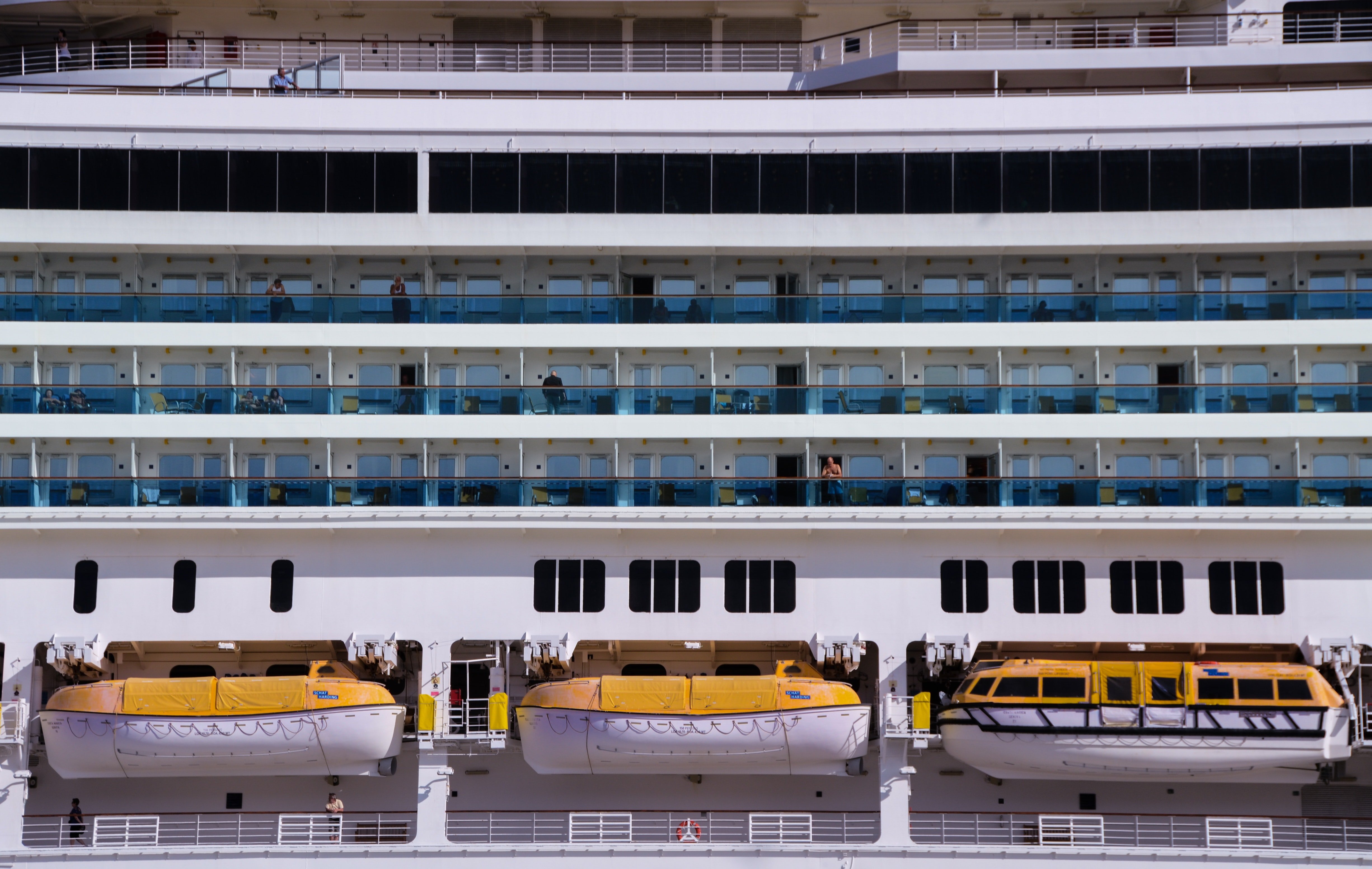 With the world’s biggest cruise ships departing from almost inside the city center, 2.58 million cruise passengers set foot in Barcelona. With a large number of departures, cruise passengers often stay one or more nights in advance. Information about the cruise port can be found on the official Port Barcelona website. Check our day to day crowd prediction for Barcelona here.

Located near Rome, Civitavecchia services as a starting point for trips to Rome. With an easy train connection, many passengers find their way from the port into the ancient city. Rome can be very busy, check out our crowd prediction for the Italian capital here.

The small town of Palma de Mallorca can feel very crowded when large cruise ships are in its harbour. Buses bring tourists from the docks into town. The cathedral and its nearby streets can feel too busy when there are big ships in town. Check our crowd predictions for the Spanish island here.

Naples is on the itinerary for most cruise ships operating in the Mediterranean. Passengers can choose to go on day trips to the Amalfi coast, Capri, the ruins of Pompeii or they simply wander into town. Despite cruise ships docking right in the city center, the variety of activities spread out cruise passengers throughout the region. The effect on the city center doesn’t feel that bad.

Southampton is the traditional home of cruising. As the main port of the United Kingdom, Southampton attracts over a million passengers each year. Most passengers are departing and arriving from the port city making it a true cruise city rather than a destination of its own.

The small Aegean island of Santorini is famous for its blue and white houses laying far above the water. With tourism as its prime industry the island is massively impacted by the arrival of large cruise ships that anchor in its waters. A tender is needed for passengers to come on shore resulting in an interesting scene when the ships arrive in the morning.

The port city of Genoa serves as the stepping stone for Northern Italy. Often marketed as the gate to Milan, Genoa is often served by the two big Italian cruise lines: MSC & Costa Cruises.

Cruise ships and Venice are a controversial combination. Although Venice is not the busiest cruise port in Europe, it is one where the effects of cruise travel is easily felt. With cruise ships seen as the main source of overcrowded Venetian streets, the city is trying to stop the ships from entering its waters. Its latest effort is introducing a tax on cruise passengers. Meanwhile, the ships mostly come to Venice in the weekends when the city is already crowded.

Piraeus is the main port of Athens and lies about 12 kilometers (7 miles) south of the Greek capital. The port city is an attraction by itself dating back to Ancient Greece.