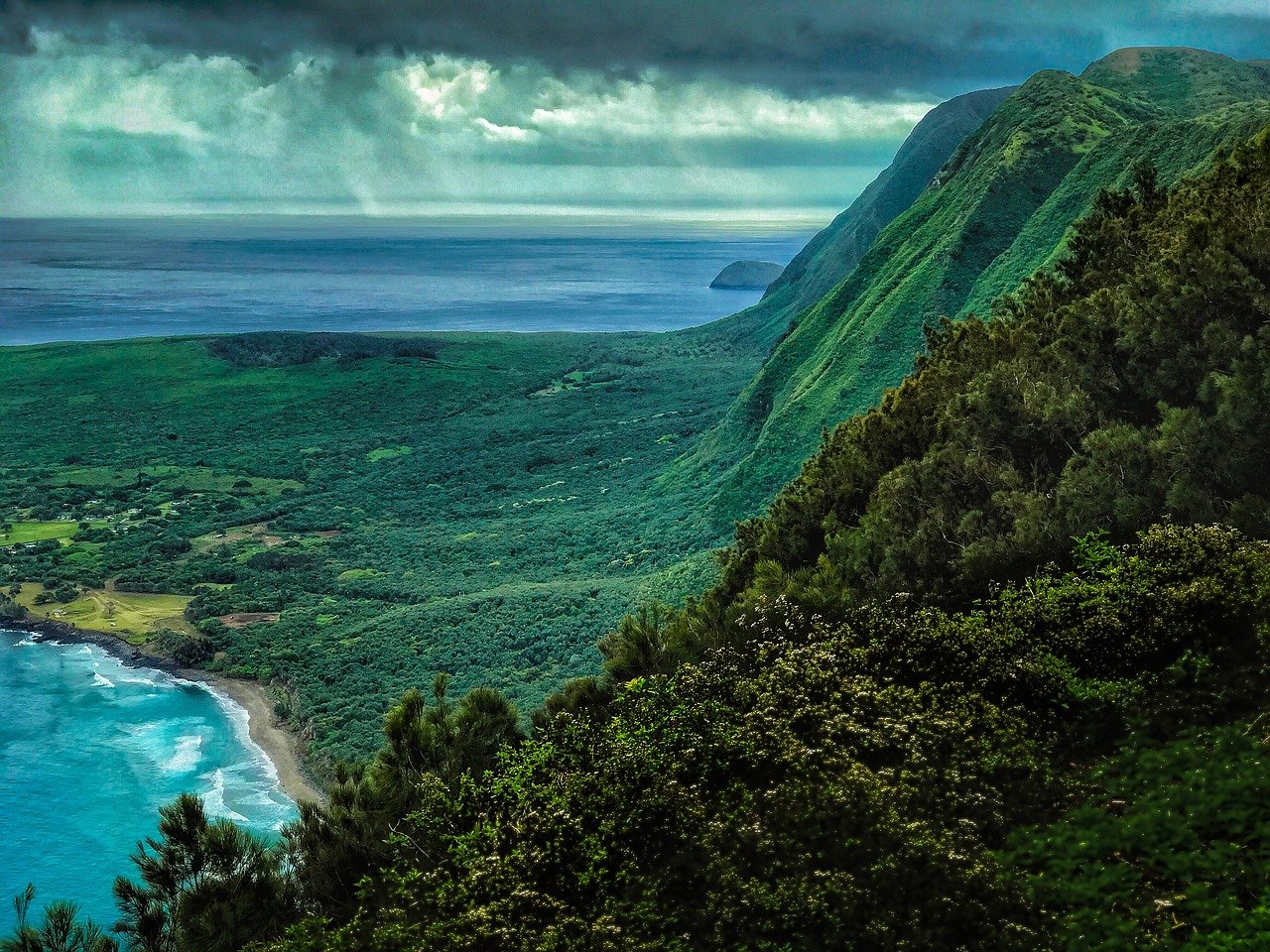 Thinking about a vacation on one of Hawaii’s islands? Wondering which island is most crowded? You have come to the right place. In this blog we explain which island in Hawaii is the best to travel to by looking at the number of fellow tourists. We have sourced data from Hawaii’s official Tourism Authority and combined that with some of our own data and insights.

In this post we look at activities on the island as well the number of tourists traveling to each of those islands per year. Combined with some other datapoints such as size of the island, number of hotels and more, we will explain to you which Hawaii island to visit. Data by Hawaii’s Tourism Authority showed that in 2019, 10,2 million tourists arrived in Hawaii by air. On top of that the islands welcomed about 142k cruise passengers. Most of those 10 million tourists visit Oahu and/or Maui. These two islands are the busiest islands in Hawaii.

Things to do in Hawaii

2023 update: Visitor numbers to Hawaii have almost completely recovered from COVID-19. In the summer of 2022, visitors arrivals were already at 92.4 percent of pre covid levels. For this overview we use 2019 numbers to give the most realistic overview of Hawaii’s busiest islands.

The majority of tourists, about 7 million out of 10 million tourists in 2019, in Hawaii come from the United States. Especially those living in the Western Part of the country know their way to the islands. Foreign visits are mainly coming from Japan (1.5 million) followed by Canada (548k).

Oahu is by far the most visited island in Hawaii. Before COVID hit, the island welcomed over 6 million visitors per year (2019 data). It also makes sense if you think about it. Oahu is home to Hawaii’s most famous tourist attractions. Not only can you find the state’s capital Honolulu on Oahu, you can also visit Pearl Harbor as well as the famous Waikiki beach.

Things to do in Oahu

Oahu is also Hawaii’s cheapest island to visit. The island has the most hotels which leads to increased competition. The island also has the most restaurants, activities and bars. Due to the ease of accessibility, things don’t have to go onto an extra boat or airplane which reduces the purchasing costs for businesses . That means that prices are more under pressure in Oahu than elsewhere. More competition in combination with lower costs for the industry lead to lower prices for us as tourists making Hawaii more accessible. On top of that, you can fly directly to Oahu (Honolulu) from many destinations on the US mainland. Without a stopover, this means less flying. As a result, Oahu (together with Maui) is the cheapest island in Hawaii to fly to.

It is not just the abundance of activities or the relatively low costs that make Oahu a perfect island to visit. The island has a very active and fun nightlife and is incredibly diverse. This diversity leads to a delicious cuisine and vibrant social atmosphere. Like all other islands Oahu is home to beautiful beaches and bays. The north shore of the island is a surfer’s paradise known for its perfect waves.

The best time to visit Oahu is during one of the two shoulder seasons. We recommend visiting Oahu from April to June or September to early December. The busiest months are July and August as well as during the holiday season in late December. 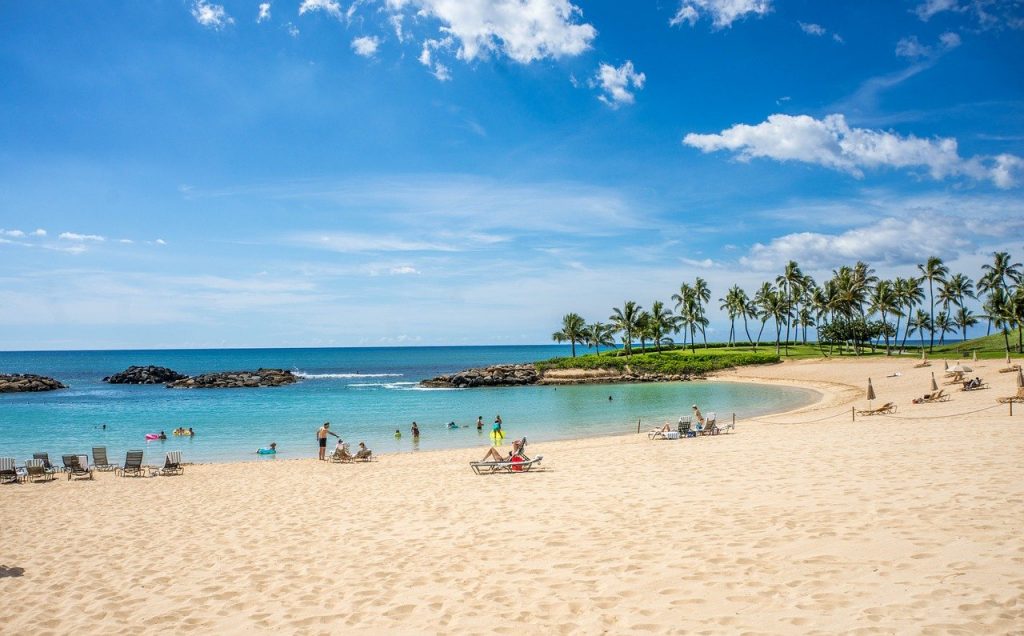 In 2019 over 6 million tourists visited Oahu. The average length of stay is just over 7 days. These tourists spend a bit more than 190 USD per day.

Before COVID hit, Maui has seen a steady flow of tourists. In 2019, the island registered about 3 million visitors. While the numbers are well beyond those of Ohau, these 3 million visitors make Maui, Hawaii’s second most frequented visited island. Maui is also Hawaii’s second largest island in size and attracts lots of tourists that come to watch whales, especially during the winter months.

Things to do in Maui

Maui is a wonderful green tropical island that is mostly known for its famous beaches. There are lots of activities for all tourists on the beaches and the island’s volcanos. You can also go on a road trip on the island. If you drive over the 50 mile road to Hana you will see forests, waterfalls and much more. Maui is also rich in culture and you can experience the traditional Hula night.

Most tourists visit Maui during the summer months. Tourist arrivals peak in July while December and March can also get busy. The best time to travel to Maui to avoid crowds are the two shoulder seasons. Before and after summer is the best time to visit Maui. The best time to visit Maui is April to early June and August to November. The weather should be good during each month of the year although there is more rain in winter. There is a chance of hurricanes during the season that starts in June and ends in November. 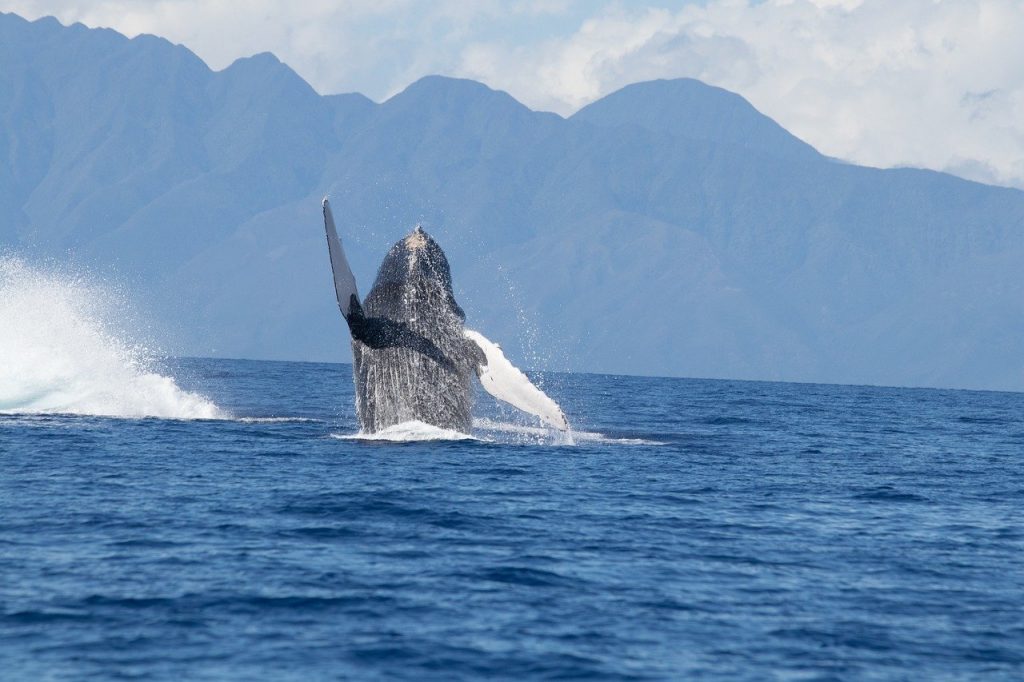 During the winter months there is a big chance you can spot whales in the waters around Maui.

The third most frequently visited island in Hawaii is actually the biggest of them all. With 1.78 million visitors in 2019, Hawaii’s most southern island attracts visitors all year round. It is the island where you can find snow-capped mountains (in winter), hidden waterfalls and the state’s most active volcanos. It is the island you visit to go on an adventure.

Things to do on Hawaii Island

February, April, May & September to November.

The weather on Hawaii’s Big Island is stable around the year. The average temperature and average precipitation don’t fluctuate too much throughout the year. What does fluctuate is the number of visitors. Most visitors visit the Big Island in summer, during Spring Break and around the Christmas season. Outside those peak seasons, each month is good for a visit. According to our data, the best months to visit Hawaii’s Big Island are February, April, May and September to November when prices for hotel rooms also drop.

With many beautiful gardens, Kauai is known as The Garden Isle and attracts about 1.37 million visitors per year (2019 data). It is the most northern situated island and is known for its dramatic natural beauty. This includes Waimea Canyon, Wailua Falls and Kokee State Park.
Things to do on Kauai

April to June & September to November

Although there are direct non stop flights to Kauai, most tourists fly into Honolulu and take a 25 minutes flight to the island in the north. Kuaui is the perfect island for a relaxed vacation in a stunningly beautiful tropical island. It is also the island where large parts of Jurassic Park was filmed.

With relatively stable weather throughout the year, you can visit the island throughout the year. Unlike most of the rest of Hawaii, it rains more on Kauai. The best time to visit Kauai to avoid crowds is one of the shoulder season from April to June and September to November. The busiest time of the year in Kauai are the summer months June and July. Tourism starts to drop off in autumn before the holiday season makes the island a bit more crowded towards the end of the year. March is also a relatively busy month on all of Hawaii’s islands including Kauai.

Lanai is a less frequently visited destination in Hawaii. In 2019, only 87,000 visitors came to the island which accounts for less than one perfect. The island itself does have multiple hotels and plenty of activities to do.

Things to do on Lanai 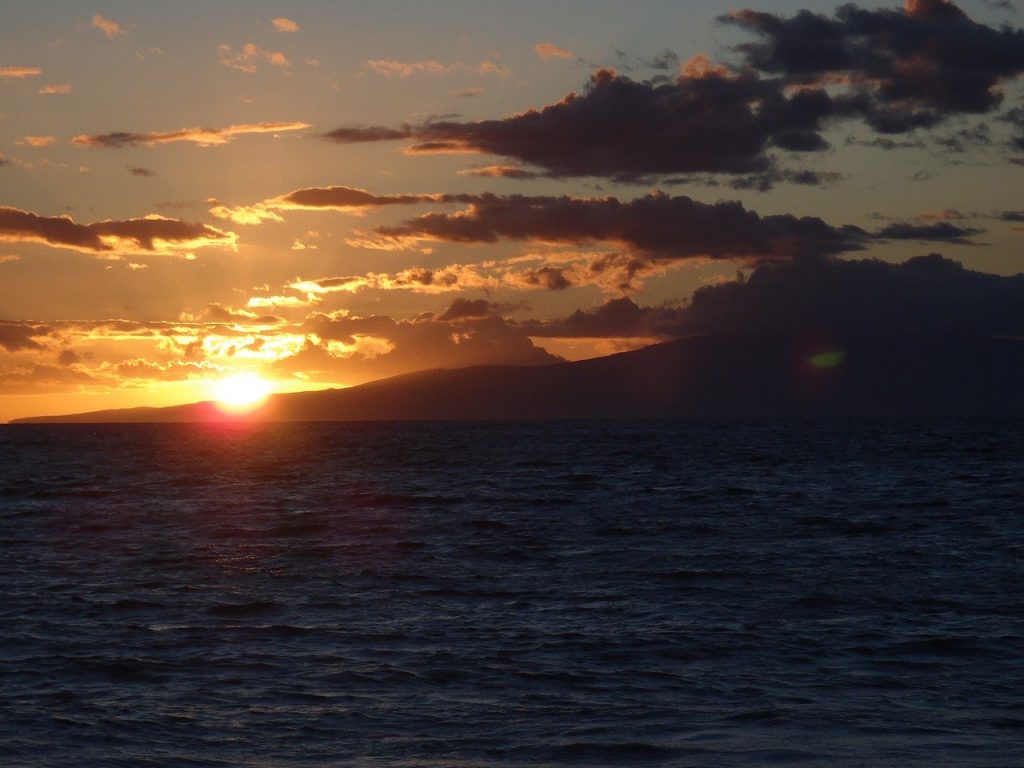 Molokai is the least visited island of Hawaii. With about 65,000 visitors, the island attracts only a fraction of all the tourists that visit the island group each year. The island is more rural and doesn’t have resorts. Molokai is most definitely a destination off the beaten path.

Things to do on Molokai 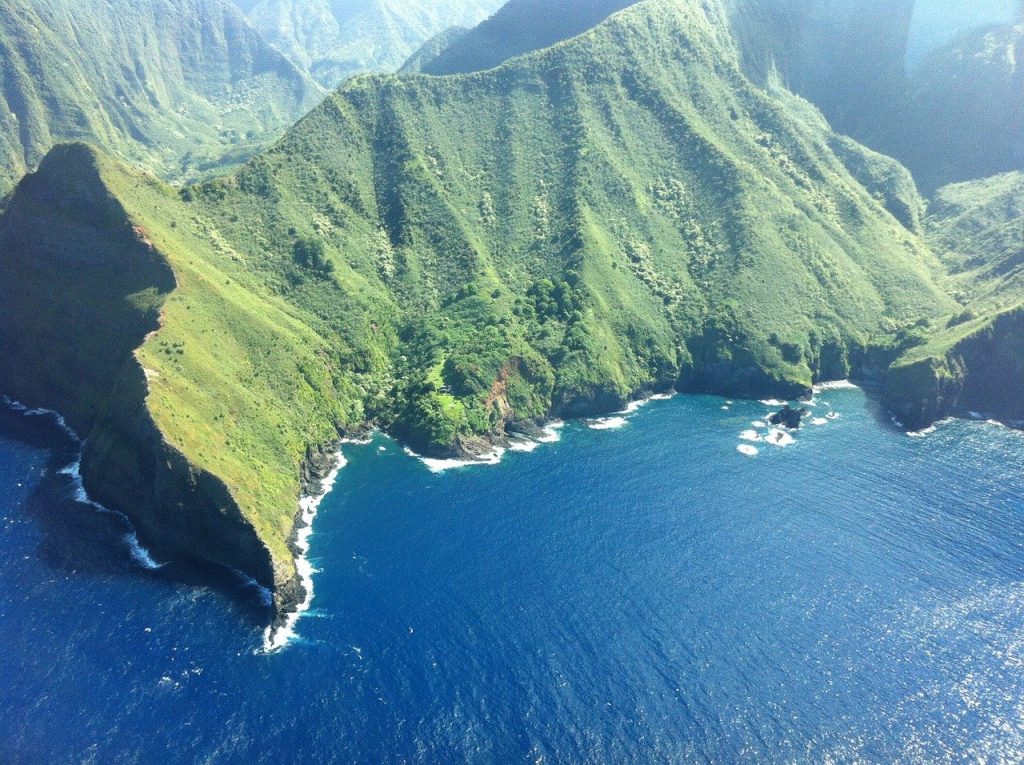 Best time to visit Hawaii – In this post we explain what makes Hawaii good or bad to visit during each month of the year.

Hawaii’s best travel guides – Our handpicked overview of best books when you plan on visiting Hawaii.

COVID Travel pack – all you need to travel with during these challenging times.