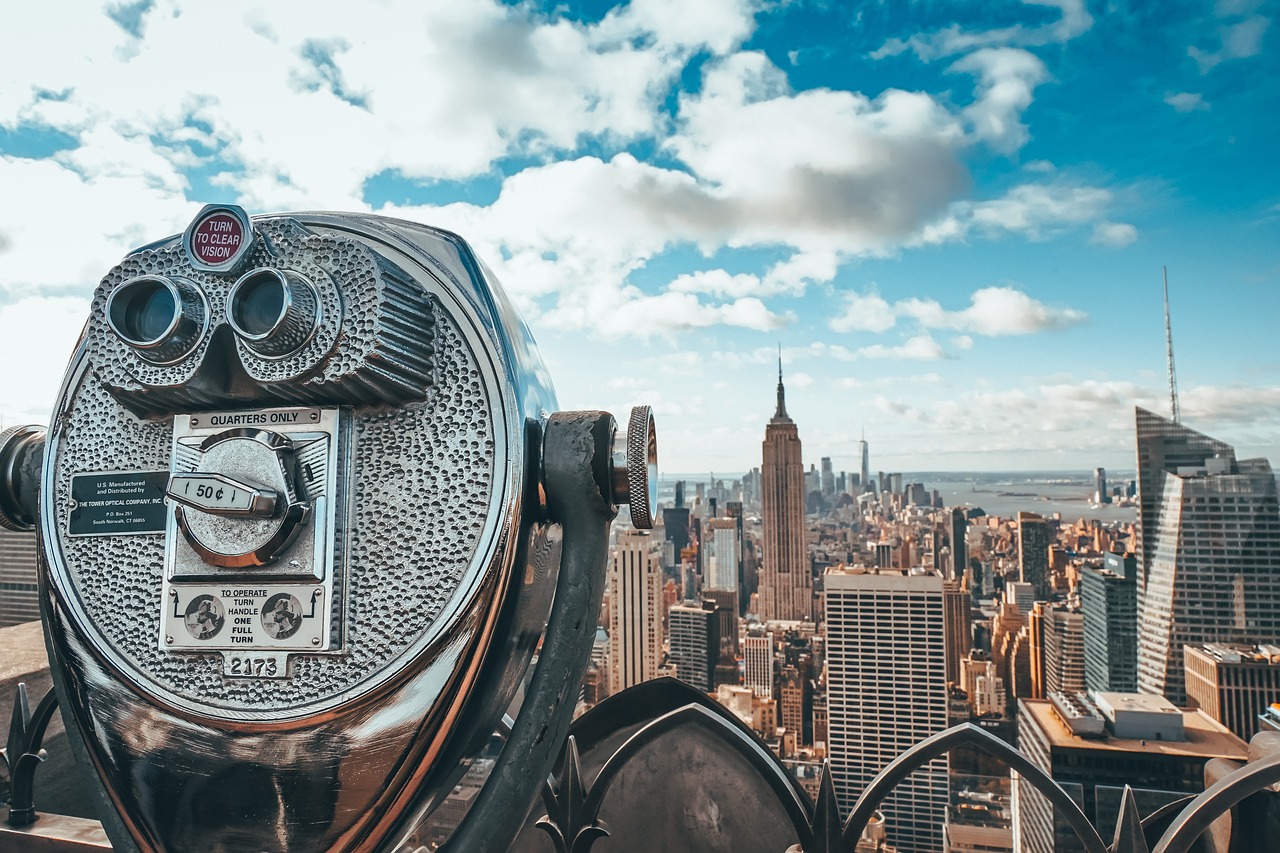 Before, it was easy to pick New York’s Best Observation Decks: there were only two in midtown. Nowadays, New York City observation decks are a booming business with some great new additions to the lucrative market. With so many more observation decks, it has become hard to choose the best. This post explores the Big Apple’s observation decks and gives you all the pros and cons.

This post contains affiliate links on which we could earn a commission.

Too long? Don’t want to read? Here is a link to discounted tickets with better T&Cs.

In former days, observation decks were simple. You took an elevator up to one of the highest floors of the building, where you could enjoy a bird’s eye view from an outside gated area. Nowadays, the market is much more competitive, and the entire experience has become much more expensive.

One World Observatory tells you the history of New York City as you travel through time on your way up. The Edge has a major hanging platform that offers a unique view of the city. In contrast, Summit One Vanderbilt has glass-to-floor ceilings and floor mirrors, making it Instagram-perfect. Each observation deck now has distinctive features. That is why we add overall experience to the more standard features of the observation decks:

One World Observatory: Downtowns best (and only) observation deck

Downtown there is only one proper observation deck. On the site of the 9/11 attacks, a new historic landmark has been built: The Freedom Tower. On top of the tower, you can find an inside observation deck with floor-to-ceiling windows. Here you can have a beautiful view of downtown Manhattan including The Statue of Liberty, Brooklyn Bridge, Battery Park, and the 9/11 Memorial.

The overall experience of One World Observatory starts while you are in the elevator. The elevators are equipped with 360 video screens that visualize the development of downtown Manhattan. You start your journey through time on the ground floor, and while you go up, you travel to the present day. Just the elevator is worth the trip. 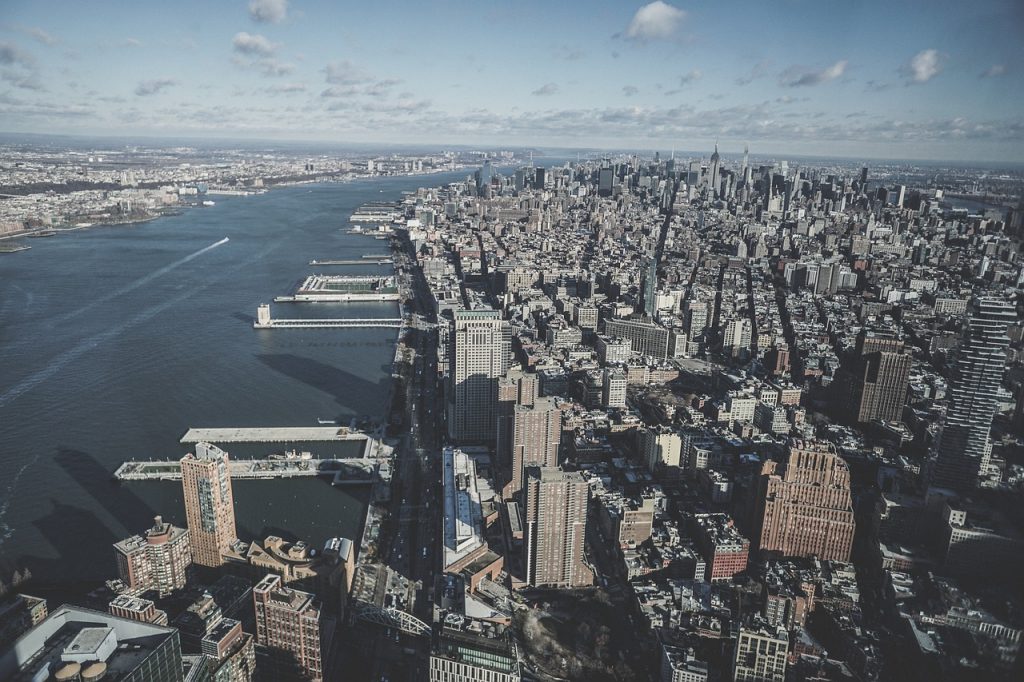 Once you exit the elevators, the storytelling continues. While you exit the elevators, you will have to wait for a direct view of the city. You will enter a room where a large video screen continues to tell the story about the development of downtown Manhattan and the Freedom Tower itself. Once the video stops, the view magically appears. It is an experience that will make your heartbeat faster.

The Observation Deck is very modern. The floor-to-ceiling windows allow you to fully see and feel like a bird flying over the lower parts of Manhattan. Within the observation deck, there are different experiences. There are storytellers, a small (champagne) bar, and a full restaurant. You can easily spend an hour or two.

Nowadays, the observation deck remains in good shape. The entire experience includes entering and experiencing the iconic landmark. The interior design is even more impressive than how the Empire State Building looks outside. The observation deck itself is primarily outdoors. A large iron gate makes the entire experience feel safe. The views are impressive, but there is one major downside: you cannot see the iconic building you are standing on top of. 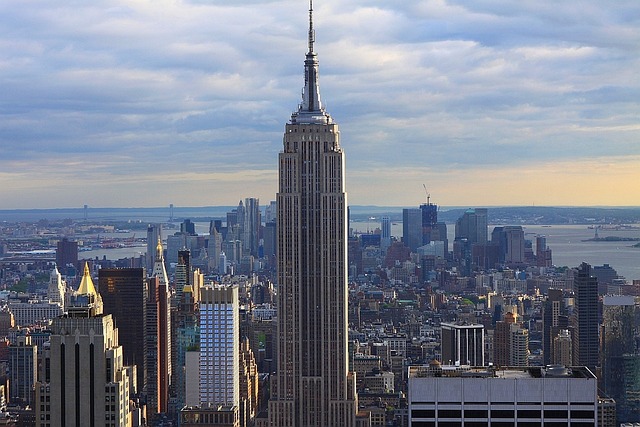 Top of the Rock

Top of the Rock, the Rockefeller Center’s Observation Deck

The overall experience a Top of the Rock is excellent and straightforward. You take an elevator up to one of the highest floors of the building, exit the lift and enjoy the view. There are no bells and whistles. The view is unobstructed because of the choice of thick glass instead of iron gates. The view of the Empire State Building is still unrivaled, and crowds are a bit smaller since the introduction of the new observation decks nearby. 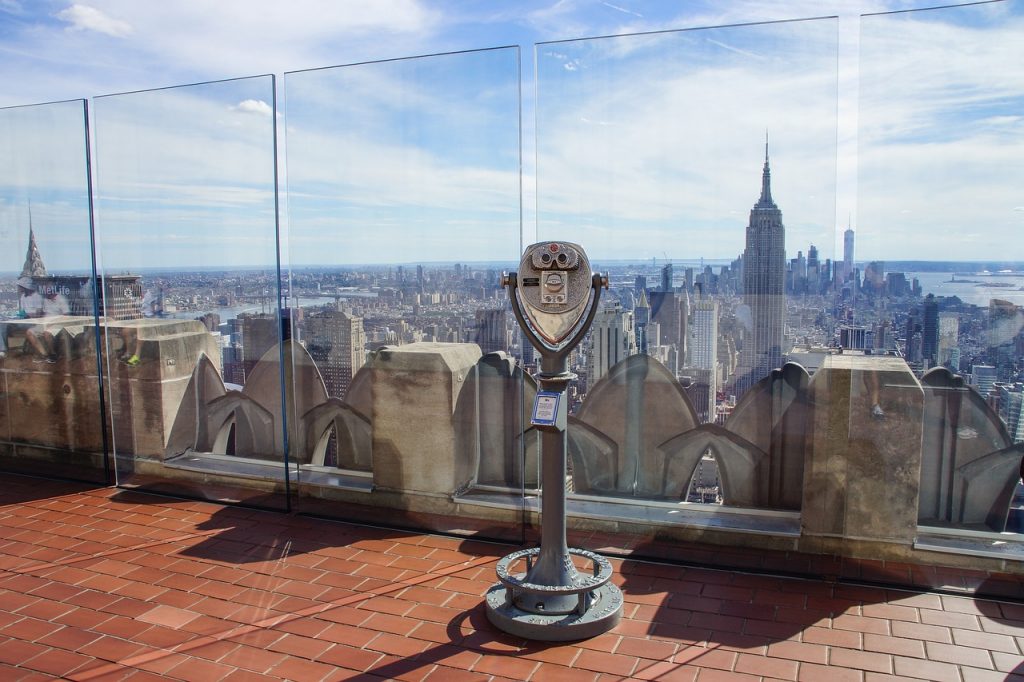 Summit One Vanderbilt, the observation deck for Instagram and TikTok

Summit One Vanderbilt is all about the experience. A seemingly endless effort went into the design of the indoor observation deck. You will not ride an ordinary elevator to the observation deck but a ‘sensory stimulating elevator ride.’

After your exit the elevator, you will step into SUMMIT AIR, designed by Kenzo Digital. The observation deck is layered with two floors of floor-to-ceiling mirrors and surrounded by floor-to-ceiling windows. The entire experience is a sensational wonder, and the pictures you can add to your Instagram account are unlikely anything else.

The experience at One Vanderbilt continues with SUMMIT LEVITATION and AFFINITY. The first allows you to step out over the city on two glass ledges. In contrast, the second is a multi-media experience. At night, guests can enjoy a LED light show and music while cocktails are served in the bar. You can also ride a crazy high-altitude glass elevator for an additional fee.

Edge is one of the latest additions to the Observation Deck market in Manhattan. Edge is the highest outdoor Skydeck in the Western Hemisphere and offers 360-degree views of New York City. The experience is crazy as you step onto a suspended platform with a glass floor and angled glass walls. This observation deck is not for those with a fear of heights.

During your visit to the skyscraper, you will learn about the history of Hudson Yards, once again an ‘immersive multimedia experience’ much like One World Observatory. You can also go inside to the Champagne Bar. 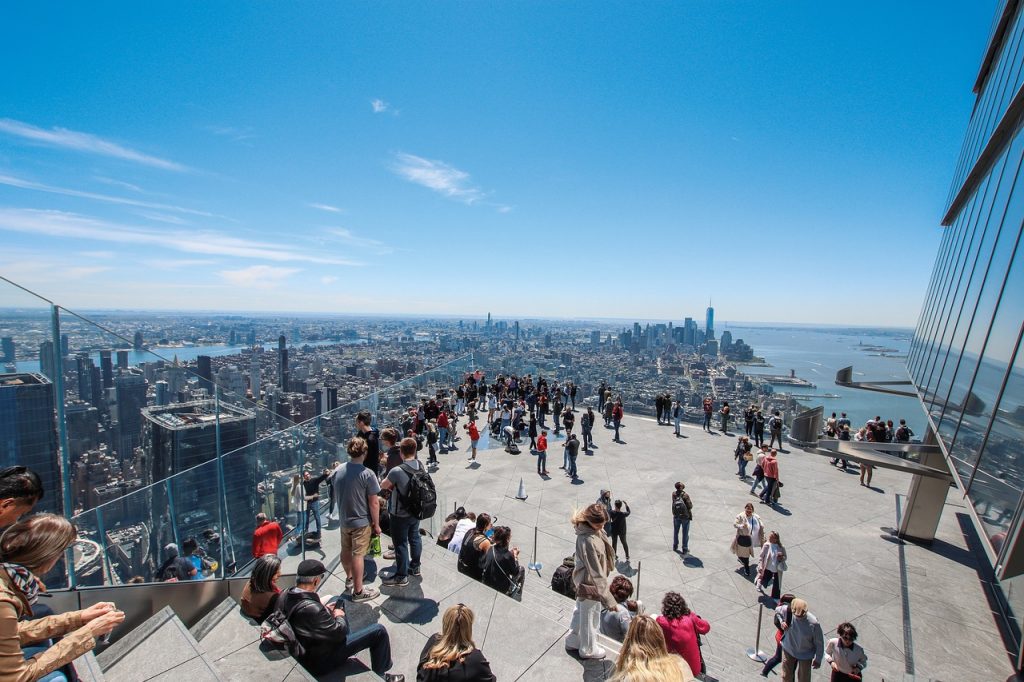 Photo by: Frank via Pixabay

Since I was young I have been a frequent visitor to New York City. Over the years I have visited (almost) all observation decks in New York. The first observation deck I saw was when I was still a child. I accompanied my father on one of his business trips to the city when I was 12 years old. While my dad was working, my mother and I explored the city.

As an adult, and after visiting observation decks in downtown and midtown, I believe both are worth it. I recommend going to midtown and downtown if you have the time and money. The experience at One World Observatory in the Freedom Tower is different. You will see Manhattan from two completely different angles.

We have added the ratings for experience, view, type of deck, location, price, and the possibility of skipping the line. We didn’t weigh any of these characteristics, and some might find the experience much more important than the price. So we recommend going through all the descriptions and deciding for yourself what is the best Manhattan Observation Deck. Based on our rating system, here are our top 5.

Plans can change. Especially in an uncertain world, you might need to change your itinerary for New York City last minute. Official booking websites allow you to amend or cancel your booking up to 24 hours in advance. This usually is much better consumer protection than when you book directly at the attraction.

Avoid Crowds in the United States