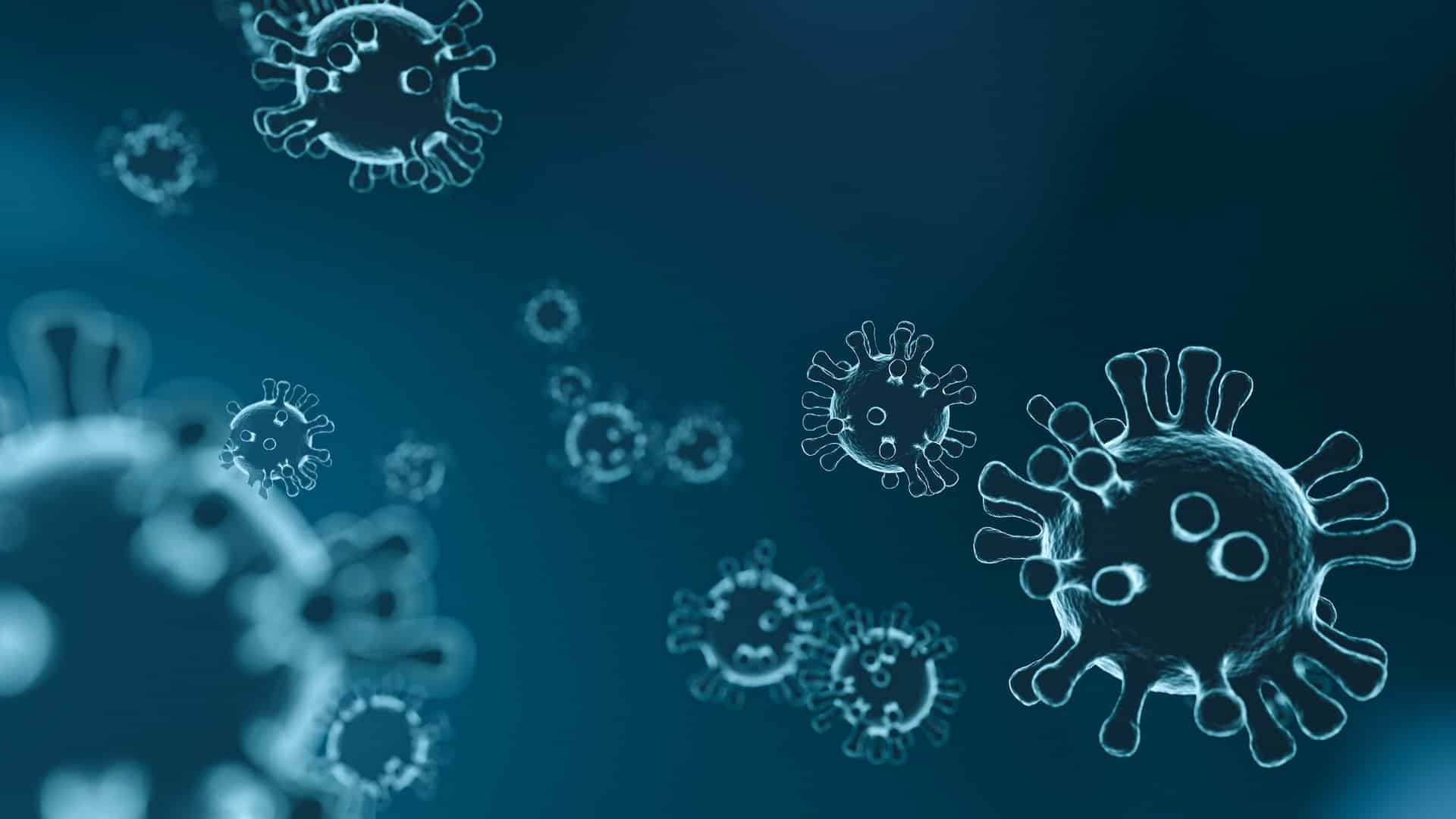 Two months ago, media reported that the mayor of Hallstatt, Alexander Scheutz, asked tourists from around the world to stay away from ‘the most instagrammable town in the world’. Over the last years, the picturesque lake village has been completely overrun by tourists mainly due to the town’s popularity in China and South Korea. The situation got so bad that the town was considering far reaching measures to keep tourists out of his town. The Daily Mail described that mayor Scheutz was on a mission to reduce the number of tourists ‘by at least a third’ but that he had no actual means of stopping the flow of tourists.

Within a month, the majority of those tourists are gone, and Hallstatt is no longer overrun by tourists. Not because of Scheutz’ call to stay or away nor due to measures taken by local authorities. The novel coronavirus has heavily impacted tourism in Hallstatt. Tourists from China and other Asian countries, the majority of tourists in Hallstatt, are staying away. The number of buses arriving in the Austrian town each day has dropped from 50 to 15, Stern.de writes.

The outbreak of the coronavirus has hit European tourism. Hallstatt was one of the first European destinations to be hit. In the first eight weeks of the year, the impact of the virus on tourism was mainly felt by areas highly depending on tourism from China. Authorities in South East Asia immediately reported lower number of tourism and domestic travel in China came to a standstill. With travel bans to and from China, touristic areas that have been focusing on the Chinese market were heavily impacted. While the economic consequences on many destinations will be severe, some destinations suffering from overtourism might feel some temporary relief.

While researching this topic we found numerous reports of measures taken by governments and companies. It is impossible to list them all. It is also difficult to verify all information on official websites. Therefore, we are actively linking to all sources that were used in this article.

Travel to and from China has now been restricted for over a month already and the global tourism industry is now taking a new hit with outbreaks on the European continent. With the coronavirus now also spreading within Europe, tourism in 2020 will be different from the busy years that are behind us. The first popular vacation country affected by the virus is Italy as an outbreak hit the northern part of the country. The impact on tourism was severe. Venice Carnival was cut short and even the countries most important sports events were cancelled.

The New York Times published an extensive article about the impact of the crisis on Venice. Although Venice is ‘hardly the epicenter of the coronavirus outbreak in Northern Italy’, the city, ‘once plagued by overtourism’, is now ‘ghastly empty’. The damage so far has been calculated to be EUR 800 million. The newspaper explains that the association of hotel owners in Venice, Associazione Venezia Albergatori, is reporting that 50 percent of reservations in Venice has been cancelled. In the article The New York Times also writes that some argue that cancelling Carnival might have contributed to the heavily dropping numbers as drastic measures like that scared tourists away.

Although only number nine on the list of visitors from mainland China in 2018, one of the first countries to be heavily impacted is Indonesia. The country was placing a big bet on China. With a large advertising campaign authorities sought to increase Chinese tourism by 500% in the coming years. That campaign came to an abrupt halt as the country imposed a travel ban for China on February 5.

With about 2 million visitors from China every year, who according to this article spend on average more than Americans, the impact is enormous. Chinese tourism is an important source of income for the country. Bank Indonesia predicts that Indonesia is already losing USD 500 per month due to the outbreak of COVID-19. With a GDP of just over 1 trillion USD, the effect can be disastrous. The effect on countries higher on the list for visitors from mainland China might be even more severe. Thailand tops that list followed by Japan, South Korea, Hong Kong and Vietnam.

Not only governments and cities are brace for impact, global airlines as well, The Wall Street Journal wrote on Wednesday. Germain airline Lufthansa for example is taking drastic measures in an effort to slash costs. These efforts include voluntary unpaid leave for staff as well as freezing new hires. On Saturday, even more drastic measures were announced by the airline. German newswire AFP reported that Lufthansa announced that it expects to reduce flights by up to 25 percent in the coming weeks while grounding 23 long-haul planes. Meanwhile, some airline companies are benefiting from the crisis as the virus triggers a ‘boom in private jet inquiries’, BBC writes.

Lufthansa shares dropped by over 20 percent last week as stock markets across the globe are reducing their exposure to the travel industry in particular. The Motley Fool, an investment website, explained earlier that shares in travel and entertainment stocks were ‘tumbling as coronavirus fears continued to ripple through the market’. Meanwhile, stocks of companies that rely on people staying home, like Netflix, are rising according to The Motley Fool.

Coronavirus in Europe, Easter is a big test for travel industry

Easter is a popular time for Europeans to travel. Most schools will close their doors for the celebration giving families the opportunity to travel. That results in a peak in hotel reservations and flights. Popular tourist destinations are usually very crowded during the Easter weekend. This popularity is also reflected in our crowd predictions for that weekend.

Although it is not possible to predict what will happen between now and Easter (April 12), the European tourism industry will take hit. The Easter weekend would be the first possibility to see whether Europeans are cancelling their vacations and stay home. If they do, the tourism industry should brace for an even tougher 2020 than what they are experiencing now.

In the short-term, destinations suffering from overtourism will take a severe hit. Overtourism concerns will take a back seat during the crisis. Looking at Asia, ING’s Economic Bureau expects that the damage will be severe: ‘One thing is very clear, travel and tourism in Asia are taking a beating. From deserted hotels to empty airports, the impact of this little scrap of protein and lipid on economies in the region is potentially enormous. In this note, we set out a process to estimate the loss of Asian GDP through lost tourism receipts alone, and come up with a total figure of USD 105-115 billion’.

Although it is too early to say what the impact of the coronavirus will be on tourism in the long-term, the short-term impact will be severe. Therefore, our website will downgrade all crowd scores for areas heavily impacted by the crisis. In the long-term we have to see what impact the coronavirus will have on global economic trends and population growth. The effects of most crises in the past have been temporarily and did not halt long-term trends. The world population is still growing, globalisation is making traveling easier for most. Growing travel demand in China and India might slow down for now but will increase again once the crisis is over.

Back in Hallstatt, the streets are quieter. The virus has given what mayor Scheutz desperately wanted back in January. Quoted by ORF, Austria’s largest radio and TV station, the mayor clearly states this is not what he wished for: “Das gefällt uns nicht, weil wir den Grund – diese Viruserkrankung – nicht mögen”. (Loosely translated: ‘We don’t like it because of the reason why we have less tourists: the virus’). Hallstatt will also push ahead with the measures against overtourism, FVW.de writes.

Lockdown walk through The Hague