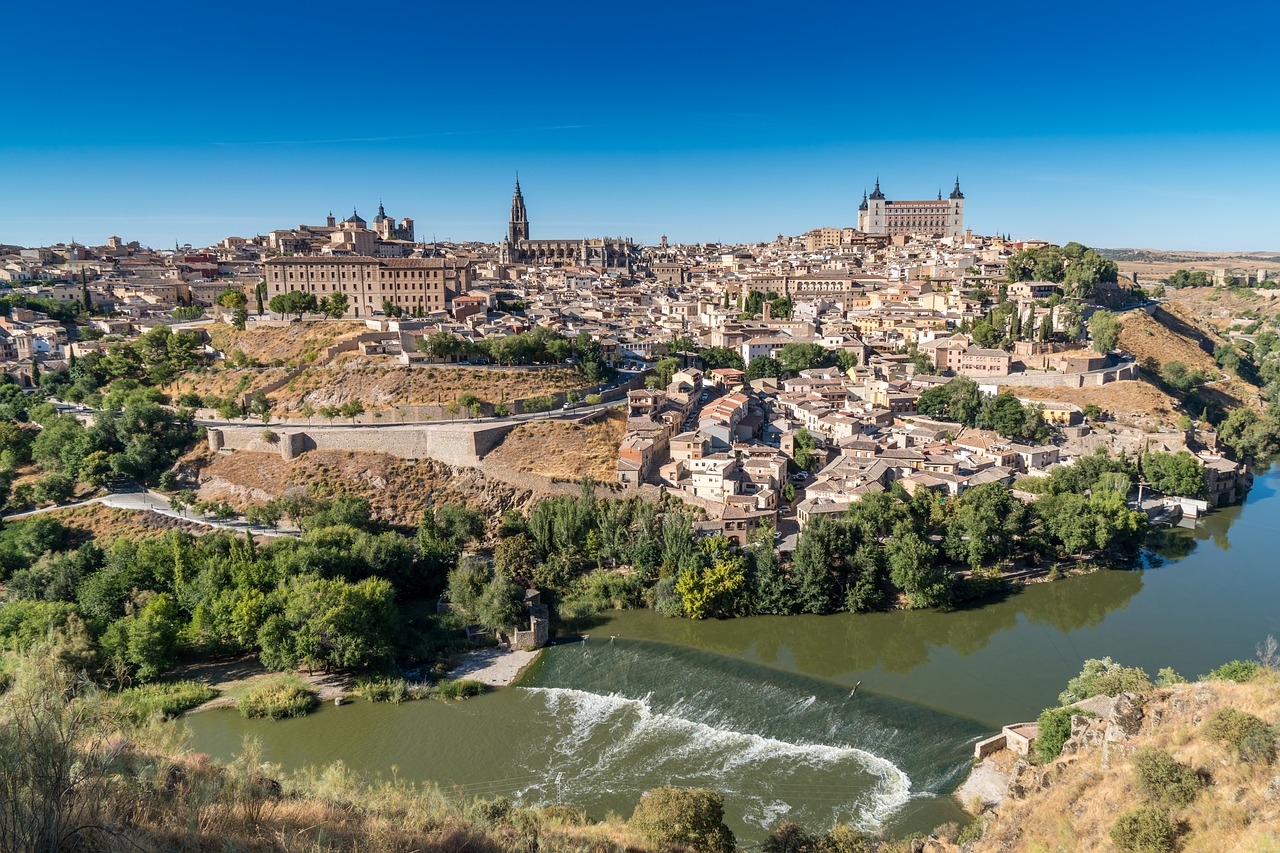 Madrid attracts millions of tourists each year from all corners of the world. In 2019, around 10.5 million tourists visited the Spanish capital making it one of Europe’s most popular tourist locations. Its famous football teams, Atletico Madrid and Real Madrid, are two reasons for travelers to visit the city, but it isn’t just sports that lures people to Madrid.

Its history, architecture, and amazing tourist attractions are major influences for travelers booking trips to Spain. Just outside of Madrid are some incredible daytrip locations that allow you to dive deeper into Spanish culture. If you want to escape the crowds of the capital and enjoy a deep dive into Spain, you shouldn’t miss these popular daytrips from Madrid. Most attractions around Madrid can easily be reached by train.

Located just 73.2 kilometers (45.5 miles) away from Madrid, is the glorious Spanish hidden treasure of Toledo. It is easy to get to Toledo from the Spanish capital as regular Spanish trains run between the cities. It takes just 33 minutes via rail to cover the distance between the cities.

Toledo is a UNESCO World Heritage Site and well worth visiting if you have the time to get away from Madrid. Toledo is called the “City of Three Cultures”. It has long been home to different communities including Jewish, Muslim, and Christian people. These groups have lived in harmony in Toledo for decades. Toledo is famed for its great food scene and its restaurants attract people from all over world. Marzipan is a popular sweet made in the city. Don’t miss the chance to get marzipan if you have a sweet tooth.

The city’s architecture is incredible. Around every corner is an Instagram-worthy photo opportunity. The narrow winding roads and alleys are perfect to get lost in, allowing you to find something unique to the city. Toledo is perched on the top of a gorge and down below are brilliant views of the Rio Tajo you will fall in love with. 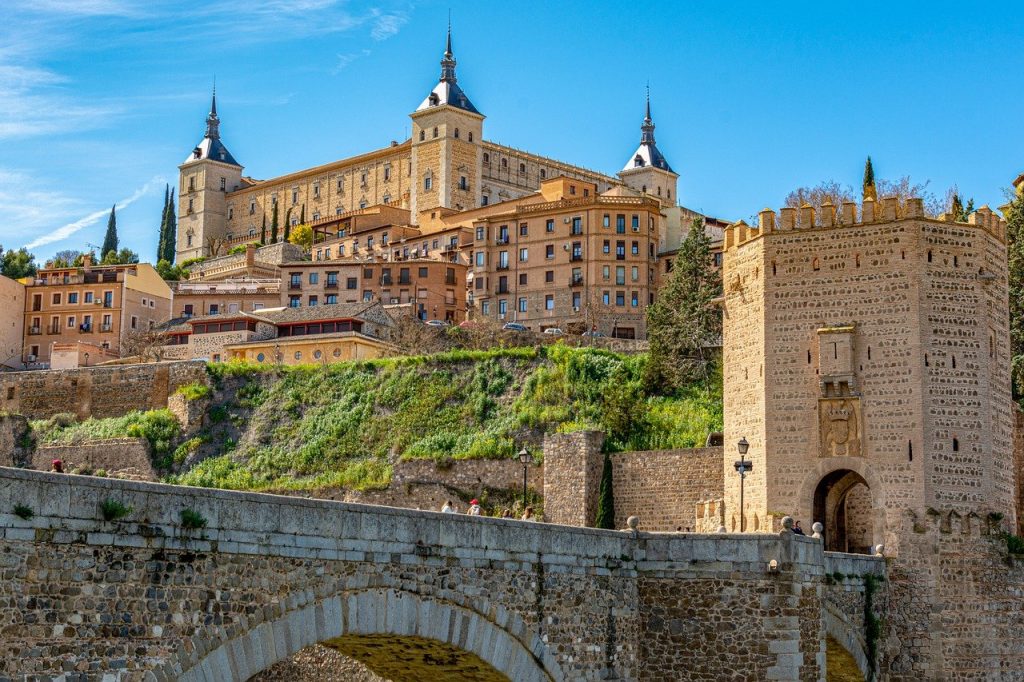 Chinchon is a hidden gem when it comes to day trips from Madrid. The town is just 50 kilometers (30 miles) from the capital. In less than an hour, you will be walking amongst Chinchon’s incredible plazas that recall Spain’s glorious past.

The town is brilliant for travelers that want to get away from the crowds. Its quaint streets are perfect for strolling. One of the best walks you can make is the path from Plaza Mayor to the town’s old clock tower. The short climb up the old clock tower is rewarded with expansive views of Chinchon. 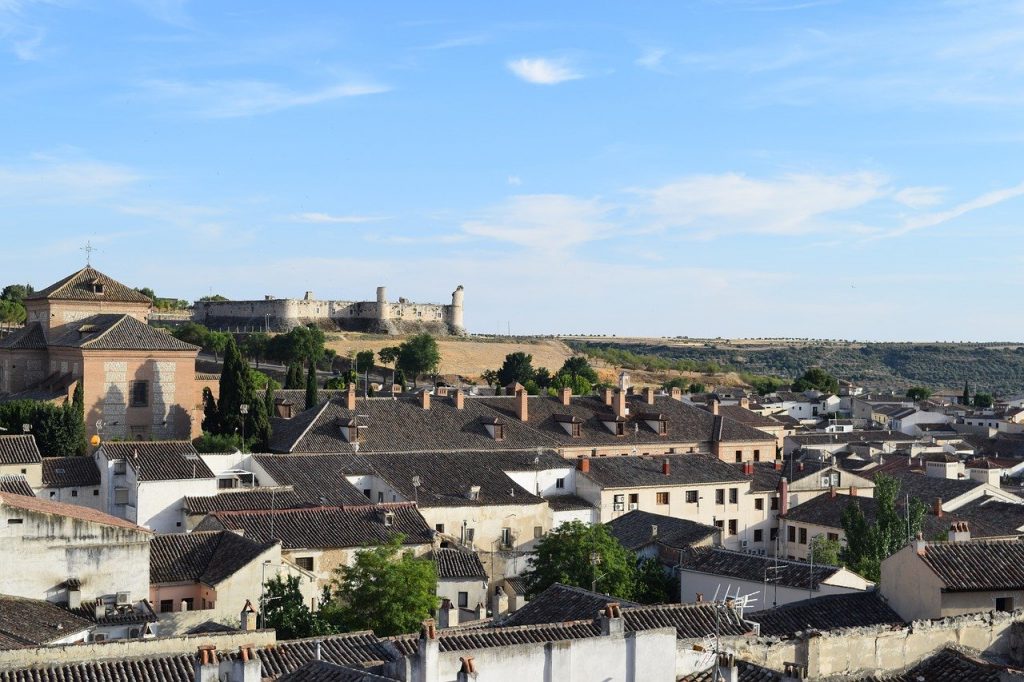 Small shops are scattered about Chinchon selling various items. These are great places to explore during your visit. The traditional shops provide you with the opportunity to buy some unique souvenirs.

Laying a little further afield from Madrid is Segovia. The town is a 92-kilometer (57-mile) drive from the Spanish capital. One of the highlights of visiting the town is the Aqueduct of Segovia. The tourist site is a well-preserved elevated Roman aqueduct and the symbol of the Spanish town. Its importance to the town is so great that the Aqueduct of Segovia is on the town’s coat of arms.

After visiting the aqueduct, you should head over to the Alcázar de Segovia. The UNESCO World Heritage Site is an impressive medieval castle that shouldn’t be missed. The Alcázar was the inspiration for Walt Disney’s castle in Snow White.

The Royal Palace of La Granja de San Ildefonso is located on the hills that overlook Segovia. The 18th-century castle can be explored by visitors. Once you have finished off the castles, you should discover the Real Casa de la Moneda, the former royal mint of Spain. Segovia’s rustic and traditional restaurants welcome tourists from all over the world. The town is famous for its roasted meats and dishes which include suckling pig and lamb. Other famous local dishes are beans, Castilian soup, chorizo de Cantimpalos and ponche Segoviano.

The fascinating city has some of the most eye-catching architecture in Spain – and that is saying something. The sandstone architecture is beautiful and ornate. The city is also home to the University of Salamanca, one of the most-famous higher education facilities in Spain. 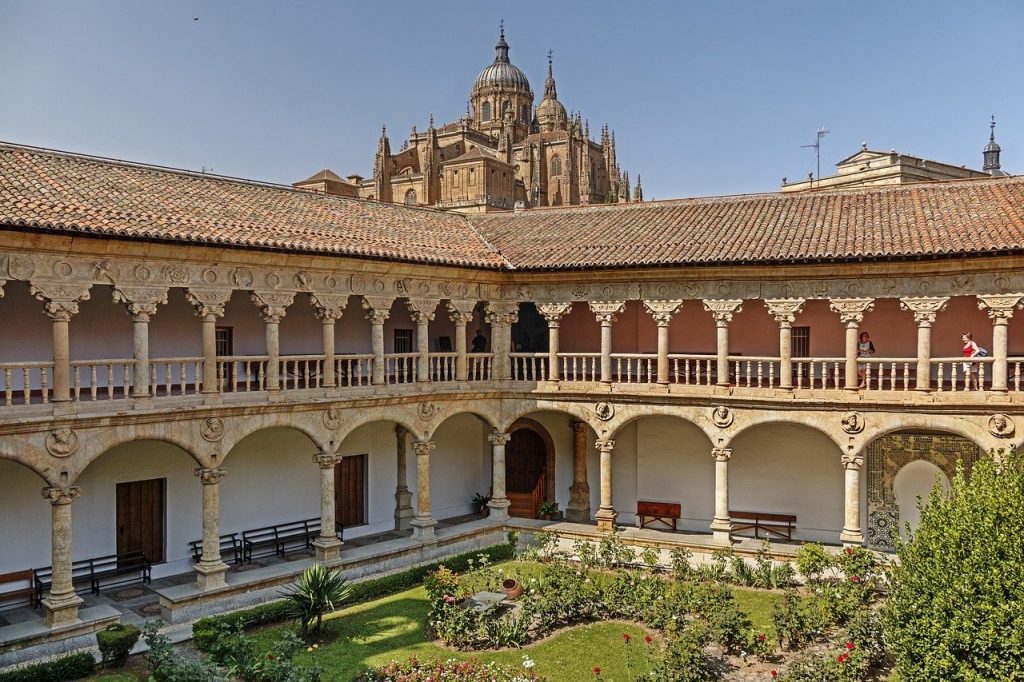 Salamanca’s Plaza Mayor is called the “living room”. It is one of Spain’s largest public squares. Plaza Mayor is surrounded by some incredible restaurants, but as always, city center eateries are typically crowded and more expensive than ones outside of the middle of the town. The plaza is one of the city’s top attractions along with New Cathedral of Salamanca. Built between the 16th and 18th centuries, the cathedral is a combination of Gothic and Baroque architecture styles. The Old Cathedral of Salamanca can also be visited. It was constructed in the 14th century and is dedicated to Santa Maria de la Sede.

Foodies should also head to the Central Market. It is a great place to get fresh local produce to prepare yourself if you have booked an Airbnb. There is a lot to see and do in Salamanca, making it perfect to visit on an escape from Madrid.

San Lorenzo de El Escorial is less than an hour away from Madrid via car. The town is situated at the foot of Mount Abantos and is the Spanish royal seat. It was the full-time home of the Spanish king, but is now a town that attracts tourists to see the royal buildings.

San Lorenzo de El Escorial is made up of impressive buildings constructed in the Renaissance period. It has an expansive royal palace that you could spend a full day touring.

The town’s Royal Monastery of San Lorenzo de El Escorial is also available to tour and well worth the discovery. The Granite building rises high into the Spanish sky and looks down over the town. There are a number of great historical sites to explore around San Lorenzo de El Escorial. If you want a great local meal, visit the historic quarter were some of the best fare in town can be found.

Madrid is a gem on its own, but there are some incredible towns and cities not far away from the capital you shouldn’t miss. If you want to escape the capital’s crowds, don’t miss one of these five popular day trips from Madrid. Rail Ninja is a convenient way to book rail tickets for exploring Spain on these special daycations.

4 things about Travel that I hope COVID changed forever