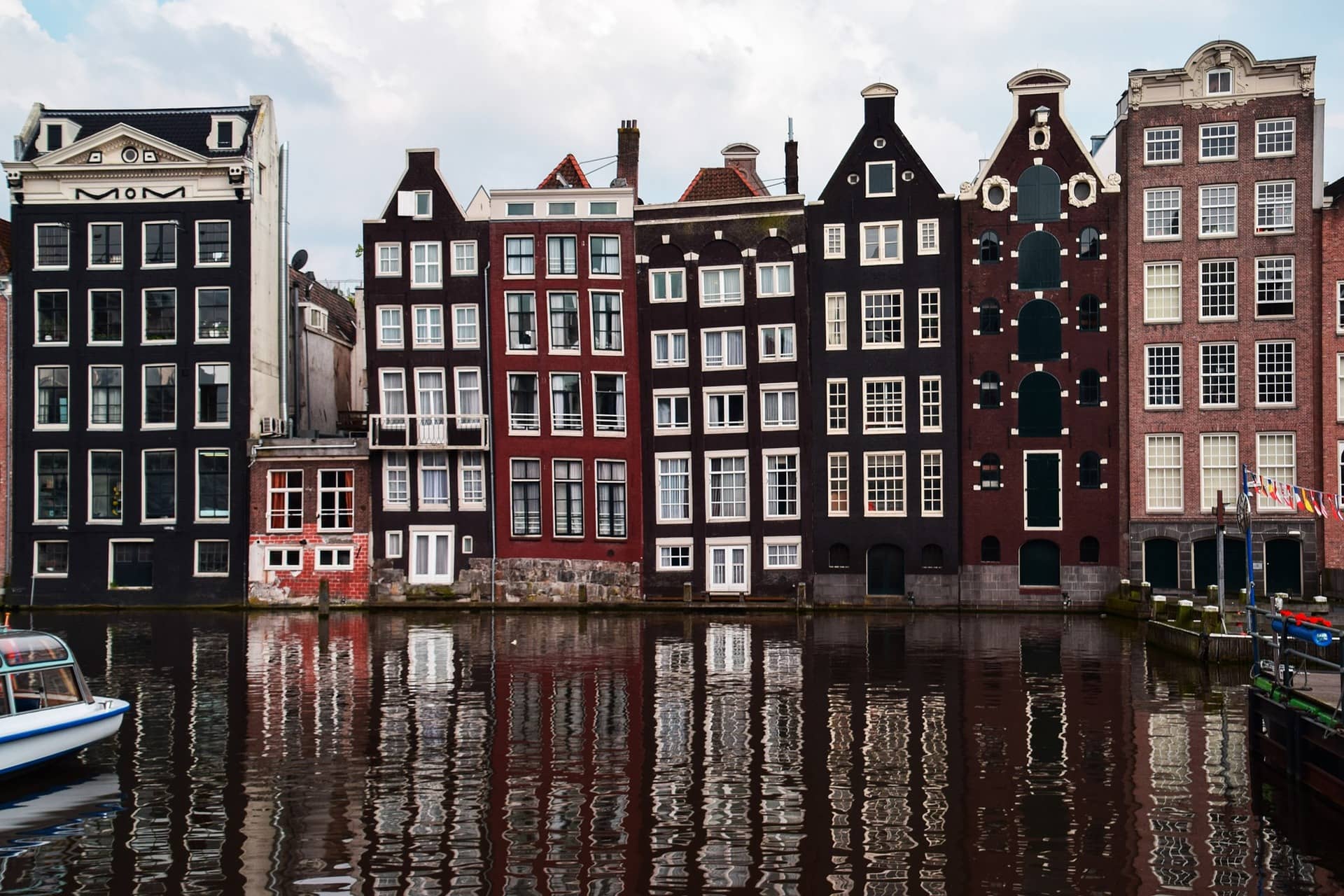 The best time to visit Amsterdam in 2019 is the shoulder season. We recommend visiting Amsterdam in March, April, May or September. Dutch weather is unpredictable all year long, but global warming is changing the normally wet autumn and spring. Although you have to be lucky to get good weather, crowds in Amsterdam are predictable. Check our day to day crowd prediction here.

Amsterdam is getting busier every year. So busy that the local government is trying to curb tourism. The city is fighting the number of tourists by targeting cruise passengers with a special kind tax aimed at them only. In another effort the city is blocking tour buses from entering the city center while also limiting home rental activities like AirBnB. Another more tourist friendly approach is trying to persuade tourists to visit tourist destinations outside the city, like Volendam or the Keukenhof.

January weather is a good reason to skip Amsterdam. It can be wet, cold and windy. Except for some British stag parties in the weekends, crowds are not to be found in the city. If you can deal with possible adverse weather, a January trip to Amsterdam is a great idea. Otherwise, pick another month like March.

February can still be cold, wet and windy in Amsterdam. However, in recent years global warming has resulted in spring starting early in the Netherlands. So early that the sun already sporadically shines on Amsterdam’s canals. The weather is a bit of a gamble in February but if you are lucky your visit to the Venice of the north can be perfect. You might even be able to leave your jacket in the hotel room. Watch out for Europe’s winter vacations, it might get a bit crowded. Check our day to day crowd prediction here.

March is the first month where tourism starts to pick up. With spring kicking in, the first cruise ships and larger groups enter the city center. However, with no school vacations on the European continent and almost no public holidays, March might be the perfect month to go to Amsterdam. The weather can still be unpredictable so bring an umbrella.

April will see the first big crowds coming to Amsterdam. Around Eastern the city will be full. Also, Koningsdag (Kings’s Day) will be celebrated on April 27 which is Amsterdam’s busiest day of the year. Early April or very late April is the best time to visit the city. In April, Holland’s famous Keukenhof Park is open.

May is arguably the best month to visit Amsterdam. Although still a bit unpredictable, the weather is improving every day. Sunny days will be more common, and it will rain less. There are some days in May where it can be busy. For example, on May 1, although not a public holiday in the Netherlands, the first of May is Labor Day in most of Europe including neighboring Germany. Two other potential busy days can be May 4 (Remembrance Day) and May 5 (Liberation Day).

Crowds really start to grow in June. Where crowds are still manageable in early June, Amsterdam will feel really busy at the end of the month. School vacations starting in most neighboring countries are the main reason for these big crowds.

Peak season in Amsterdam starts early July and lasts until the end of August. School vacations in most of Europe combined with some cruise ships visiting the Amsterdam Passenger Terminal, will make sure people fill the streets. It is advisable to plan ahead by buying tickets to the places you want to visit. For example by booking a skip the line ticket from an authorized ticket seller of the Rijksmuseum. Also think about a day trip to one of Holland’s other highlights.

Amsterdam’s peak season continues in August. With tourists coming to the Dutch capital from all around the world, the city can be very crowded. It is wise to plan ahead and also consider leaving the city for other great highlights the Netherlands has to offer.

In September, Amsterdam slowly returns to normal. With most European children back in school, families are no longer arriving in the city. Weekends can still be crowded but the city is getting less crowded each week.

Watch out for Autumn vacations in some European countries. The city is not too busy most of the month but can feel busy from time to time. For example on October 3 when Germany celebrates a national holiday that might result in increased visitors from Netherlands’ neighboring country.

November is a quiet month in Amsterdam. The weather unfortunately isn’t that quiet. Autumn storms can make the city cold, windy and wet. But if you are lucky with the weather, you can enjoy a city that is relatively quiet.

In December, tourism around the European continent picks up a little as people do short trips in the weekends before Christmas. Also local events, like Sinterklaas, can result in some crowds. In general, December isn’t too busy in Amsterdam. Except if you try the Beijenkorf department store on Dam Square the days before Christmas. That would be a bad decision as the store will be super crowded.