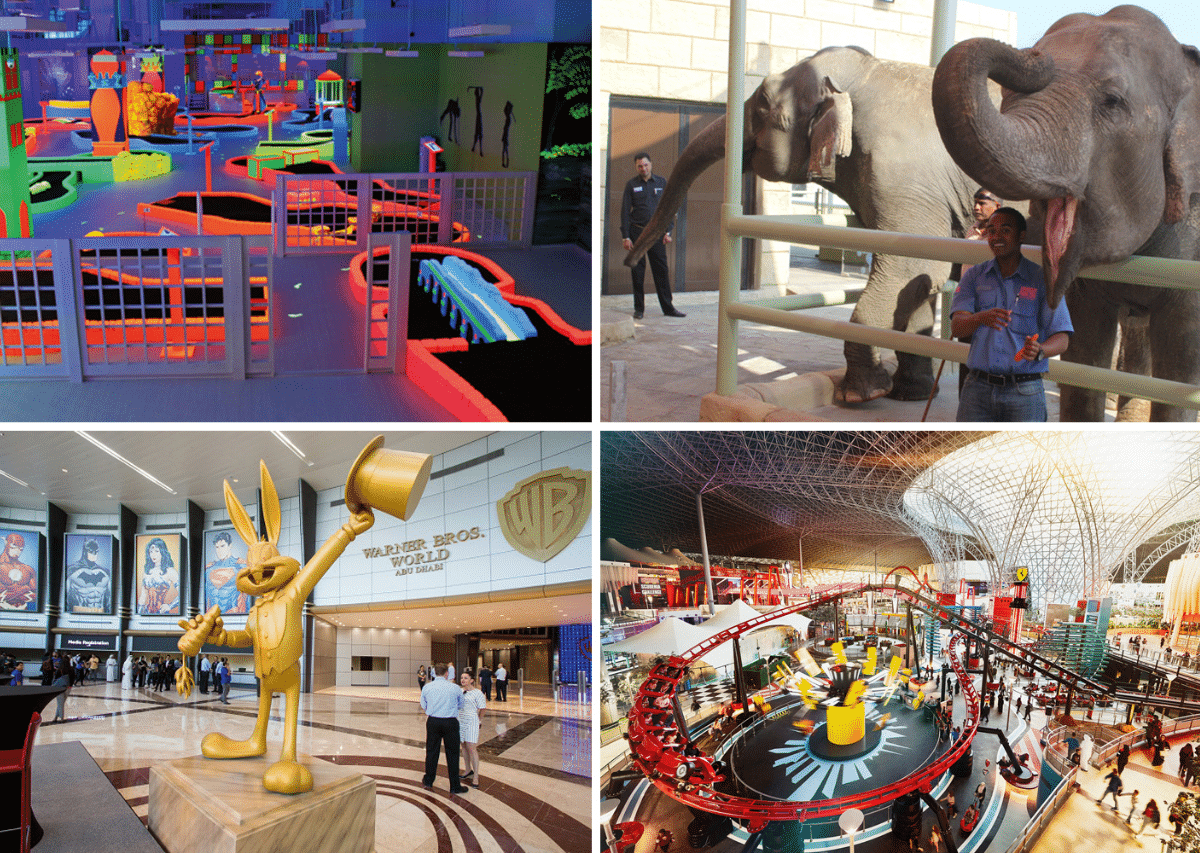 Abu Dhabi is synonymous with luxury, but its rise to being a luxury travel destination has been rather recent. In 1971, the United Arab Emirates gained its independence and eight years later, the country opened its first-ever hotel.

Abu Dhabi is the capital of the UAE and second-most popular tourist destination. It is a bustling city where tourists visit throughout the year. The ultra-modern Middle Eastern city has beaches around its coastal borders. Abu Dhabi’s beaches make it ideal for a city break vacation.

The city isn’t just about its beaches, however. There are plenty of cool places to visit and things to do on a trip to the UAE capital.

Abu Dhabi’s Eastern Mangroves provide you the chance to explore the great outdoors of the UAE. You will get a completely different view and experience in Abu Dhabi as you traverse the city’s mangrove forests. There are eco kayaking tours available to book, allowing you to paddle around the area. Tours last between 1.5 and three hours, giving you the chance to do something a little bit different on an Abu Dhabi holiday.

The Louvre Abu Dhabi opened in 2017 and promptly became the region’s most spectacular museum. The musem has a diverse art collection with some pieces on loan from the Louvre Museum in Paris. The entire venue is gorgeous, and the structure is a work of art in its own right. There is a permanent art collection to view across 12 galleries. In addition, there are temporary exhibitions each year with major works of art displayed.

Formula One racing is popular in Abu Dhabi. The UAE capital is the host of the Abu Dhabi Grand Prix, which only fuels local residents’ passion for motor sports. One of the most popular tourist destinations is Ferrari World. If you are a thrill seeker, Ferrari World is perfect for a day out. The Flying Aces roller coaster speeds up to 120 kilometres an hour. It also has a 52-metre loop, which is the world’s tallest. You can also explore a Ferrari car collection.

Yas Island is a perfect choice for a day at the beach. You have to purchase a day pass to receive access to the beach, but after you do, you will have a range of facilities and activities to enjoy. Along with the beach and all of its glory, there are restaurants, food stalls, and cafes catering to customers with a variety of different cuisines. There are cabanas for rent along with sun loungers to relax on. Yas Island and Yas Beach are great for whiling away your time.

As previously stated, Abu Dhabi and the UAE are Formula One mad. The Abu Dhabi Grand Prix takes place each year at the Yas Marina Circuit, one of the most unique racing venues in the world. Located on Yas Island, you can take a guided tour of the circuit and visit the grandstands, podium, pits, and behind the scenes locations you do get to see on television. One of the coolest aspects of Yas Marina Circuit is the driving experiences. A driving experience gives you the chance to get behind the wheel of a super sports car and drive the same circuit professional racecar drivers do.

Dune bashing is a popular day trip for adventure seekers. Trips to the desert can be for just a few hours or overnight. Empty Quarter or Al Khatim Desert are top places to explore on a desert tour. On a dune basing tour your will ride with an experienced driver in a 4×4 and speed over the desert dunes. Some tours allow you to go sandboarding, camel trekking, and/or camping. A desert camping trip allows you to sleep underneath the desert stars and experience the region in a unique way.

Sir Bani Yas Island was created by Sheikh Zayed as a wildlife reserve. It is home to indigenous Arabian wildlife including gazelles, Arabian Oryx, giraffes, leopard, and more animals. All of the animals are free roam around the vast wildlife reserve, which covers Sir Bani Yas Island. There is a luxury resort on the island providing guests the chance to take 4×4 safaris, walking tours, and horse-riding safaris. These safaris give you the chance to traverse the reserve and see the incredible wildlife that lives there. You can also go kayaking, hiking, and mountain biking.

Explore the Best Tours and Activities in Dubai: From Desert Safaris to Burj Khalifa