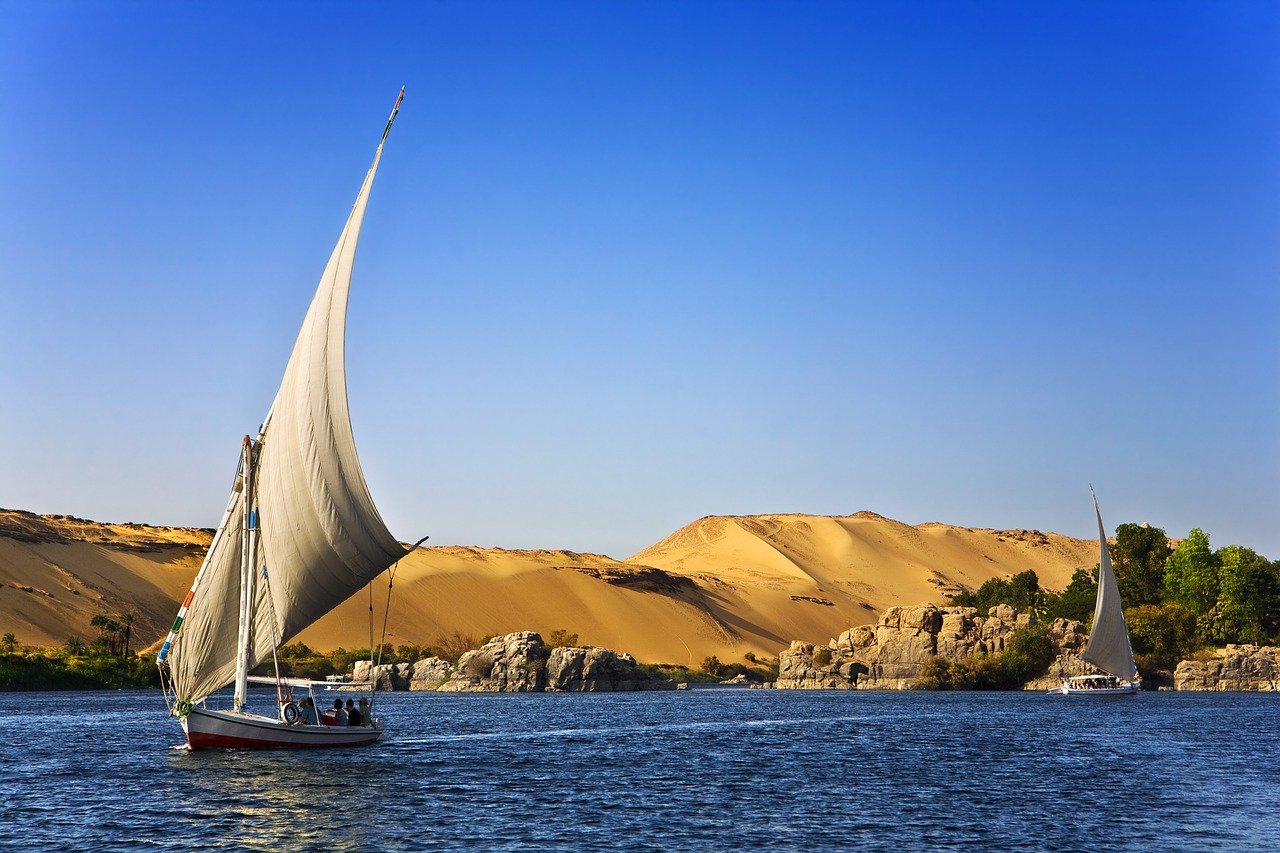 With the severest parts of the COVID-19 pandemic hopefully behind us, most travel enthusiasts are making plans again. So are we! We will take multiple trips this year. The one we are most enthusiastic about? A late October trip to Egypt. But as we make our plans, there is a tough choice to make? Are we going all-in on culture by visiting Cairo, Luxor, and Aswan, or should we go for a relaxing beach vacation on the Red Sea?

Why go to Egypt?

This large majestic northern African country needs little introduction. Egypt has been attracting tourists since ancient history. In fact, ‘Egypt was one of the first locations where tourism expanded to outside Europe,’ historian Martin Anderson explains.

Like all tourists before us, we are attracted by Egypt’s rich history and natural beauty. We want to see, feel, and smell Egypt. We are already fantasizing about laying our eyes on the great pyramid of Giza for the first time. We are already looking forward to hearing the engine start of our Nile River cruise. We cannot wait to drive or walk into the impressive Valley of Kings in Luxor. And not that we are going, but we would also love to soak in some autumn sun or dive into the majestic underwater world of the Red Sea.

Where to go? Hard choices to make!

The biggest challenge while making an itinerary for Egypt is deciding where to go. If you want to see everything, you will need at least two weeks. If you have the luxury of going for two weeks, you could combine a visit to Cairo with all the destinations on the Nile and a beach vacation on the Red Sea. Unfortunately, we won’t have that many vacation days, and we must choose. 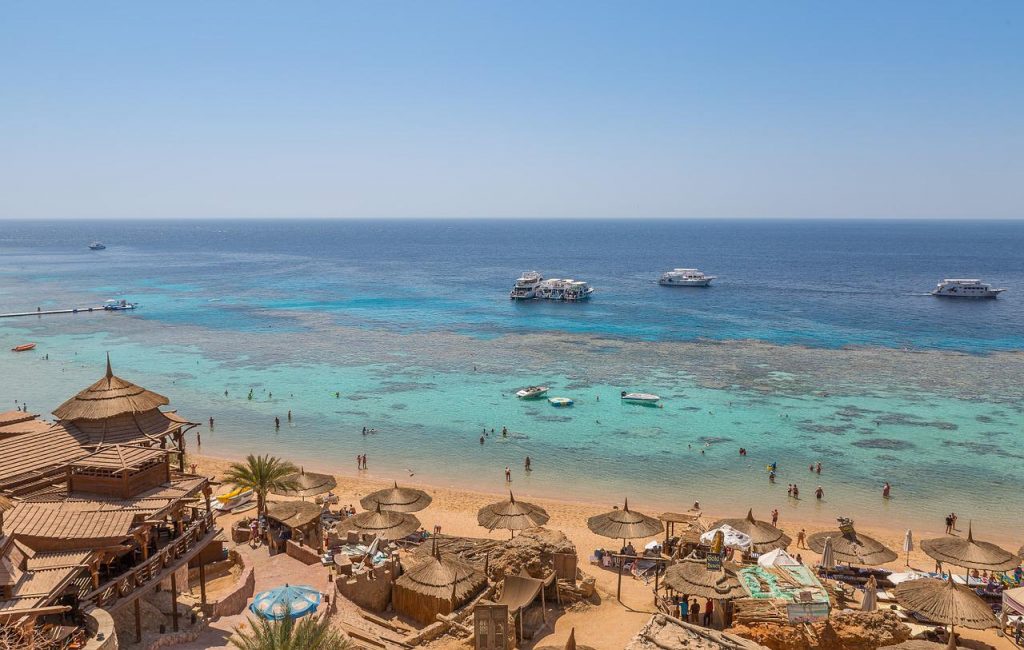 While researching organized tour packages, we noticed that most travelers opt for either culture or relaxation and then rush a bit of the other into the itinerary. We believe that is just a waste of opportunity. More about that later. Let’s look at the standard Egypt itineraries.

Most itineraries will focus on either the beaches of the Red Sea or a culture-packed trip on the Nile River. Here are the key differences and things you need to know about both:

Egypt is home to a long and rich culture that plays a key role in the history of humankind. It is almost impossible not to have seen images or heard stories about pyramids, pharos, or the impressive sphinx of Giza. Egypt plays a significant role in Christianity and has been a focal point of modern-day movies such as The Mummy, X-Men, The Scorpion King, and the 2022 movie Death on the Nile.

Most people don’t know that all these highlights follow the river Nile. All the main highlights of Egypt are situated at or near the river Nile. This river is the longest in Africa and begins in Lake Victoria in Uganda. It enters Egypt near the historical sight of Abu Simbal near the Sudanese border. Downstream from the Egyptian capital, the river splits and flows into the Mediterranean through the Nile delta.

The water of the Nile brings life to the dry Egyptian countryside. The entire area around the river Nile is flourishing with green vegetation, animals, and other life. Here, culture thrived in an area that is best described as a hostile dry desert climate.

The Nile is the lifeline of Egypt, and a rich and booming culture was able to prosper on the river and its banks. The river has been economically crucial throughout Egypt’s history, supporting agriculture and fishing.

On this river, society has prospered for thousands of years. As the river flows from south to north, the area is ‘littered’ with historical sights. The most prominent sights can be seen around Cairo, Luxor, Aswan, and Abu Simbel. There is enough to see to fill in a month-long itinerary just on the Nile. So where to go on this long desert river?

While most historians want to visit the Nile, many others just want to relax. Suppose you want a relaxing vacation that gets you away from the hustle and bustle of ordinary life. In that case, Egypt’s Red Sea coastline has everything you might be searching for.

The Red Sea is famous for its warm weather, warm water, and amazing underwater world. There are endless activities on or at the water. Egypt is a well-known diving and snorkeling destination attracting visitors from all around the world.

There are two large resort towns that have airports. This allows you to leave a European city in the morning and have a relaxing beach day in the afternoon. These two resort towns are Sharm-el-Sheikh on the southern tip of the Sinai desert and Hurghada on the Egyptian mainland.

Both resort towns offer endless choices in terms of hotels. You can go to a relaxing, low-key boutique hotel or go all-inclusive in one of the larger resorts. Do you want something for the kids? The Red Sea has got it. If you want an adults-only experience, the Red Sea has that as well.

Where to go in Egypt?

Trying to make plans for Egypt. Read our blog about where to go in this wonderful country.
Read More

This is the heading

Wrapping it up: the Red Sea or the Nile?

Where to go in Egypt depends on what you want. Beach or Culture? If you have two weeks or more, you can even think about combining the two. The Nile is the best option for those wanting to explore ancient Egypt and learn all about the Pharos and Pyramids. The Red Sea would be the go-to destination for those wishing to explore what Egypt has to offer underwater.

We have dealt with the same question. We wanted to combine culture and relaxation in Egypt, and we have built an itinerary around it. We came up with a 10-day luxury and relaxed culture itinerary that brings us to all the cultural highlights and allows us to completely relax in Egypt’s luxury resorts.

Where to go in Egypt: Cairo, Luxor, Aswan, or the Red Sea?