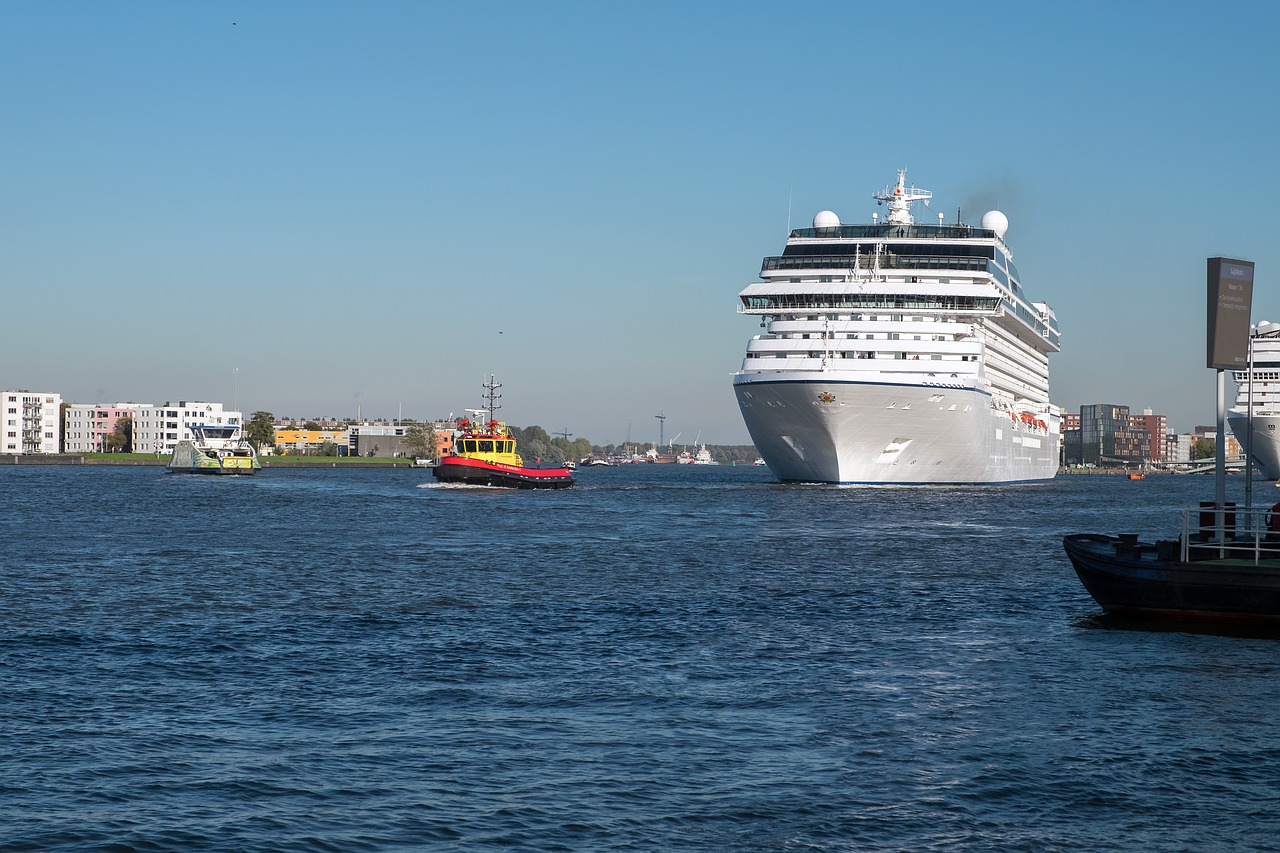 Earlier this year the city of Amsterdam introduced a special tax on cruise passengers arriving at the Passenger Terminal Amsterdam. Since January 1, the city charges the cruise lines 8 euros for each passenger staying 24 hours or less in the Dutch capital. The city doesn’t levy the tax for passengers embarking or disembarking in Amsterdam. The introduction of the Amsterdam Cruise Tax is one of the city’s latest efforts to battle overtourism.

The cruise tax has been opposed by the Cruise Lines International Association (CLIA). According to the CLIA, “cruise passengers visiting Amsterdam, who already pay a significant amount in port fees and other tariffs, will have to pay whilst other day tourists, who arrive in Amsterdam by train bus or car, would not have to pay a day tourist tax and do not also pay port or other fees”.

Immediately, several cruise lines announced that they will not visit Amsterdam anymore and started to set sail to alternative ports. One of those ports is the nearby located port of IJmuiden which can easily be reached with tour buses.

While some cruise lines are opting for IJmuiden, others are staying far away from the Dutch capital. One of those cruise lines is MSC Cruises. The cruise line is now fully substituting Amsterdam with Rotterdam. Since the introduction of the tax a total of 81 cruise arrivals originally planned to go to Amsterdam have canceled their arrival at the Passenger Terminal Amsterdam (33 in 2019, 48 in 2020).

The alternative port of IJmuiden saw an increase in cruise ships passengers. Most of these passengers are immediately transferred to Amsterdam which is the main tourist attraction in the region. Prove that the tourists are still brought to Amsterdam can be read in complaints against P&O Cruises. According to some passengers, the cruise line forgot to inform its passengers about its move to IJmuiden.

The Guardian published a complaint from a passengers stating that P&O is still advertising packages including a stop in IJmuiden as having Amsterdam on its itinerary. This strategy is more often used in the cruise industry. For example, the Italian port of Civitavecchia is marketed as Rome despite being an 80 km drive from the Italian capital to the port.

Looking at websites of Cruise Lines, it’s easy to see that IJmuiden is now marketed as a port of Amsterdam. P&O Cruises is promoting IJmuiden on its website as ‘Amsterdam (From IJmuiden)’, Cunard does the same. Norwegian Cruise Lines markets IJmuiden as ‘Amsterdam (IJmuiden)’ but on the map only displays the name of the capital. Costa Cruise Lines calls the port ‘Amsterdam IJmuiden’. Although the cruise lines mention IJmuiden in the name of the destination, only images of Amsterdam are shown and most of the text in the destination description is about Amsterdam.

Transfer from IJmuiden sold for 100 dollars

In Amsterdam you will have about 6 hours to explore ‘sites at guest’s discretion’. Moreover, the ‘visit to Amsterdam is non-guided and does not include entrance fees’. For the staggering amount of almost 100 dollars you are provided with a city map. The same excursion at Norwegian Cruise Line is sold for EUR 70.44. The same trip takes slightly over an hour with public transportation and costs only EUR 7.31 (EUR 14.62 return).

Meanwhile, the port of Rotterdam sees an increase in total number of passengers. For the first time, Cruise Port Rotterdam will welcome more than 100 cruise ships. According to Trouw.nl, the Port of Rotterdam welcomes about 15 ships per year extra resulting in 30,000 passengers more.

Arguably, the city of Amsterdam is worse off after the introduction of the tax. Cruise passengers will still visit the city. Overtourism is not tackled by the measure while the city is losing lots of income. Meanwhile, the cruise lines might actually benefit from opting for IJmuiden. Not only do they pay less tax in the port of IJmuiden, they save themselves an expensive trip over the Noordzeekanaal route. But mostly they are also generating more income from selling crazy expensive transfers and excursions.